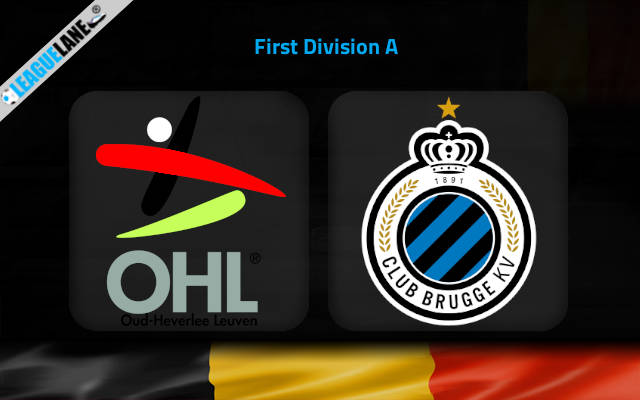 OH Leuven were also having a winless inconsistency throughout the past season. Their fluctuating run resulted in the positioning. They ended up in the 11th spot of the table at the end of the season.

Leuven had a good form throughout the friendly outings they have played of late. They have gained some spirits after facing some first division outfits across different competitions during the pre season fixtures.

Meanwhile, Club Brugge were having a decent for the past season. They have succeeded in claiming a spot in the coming Champions League battle. After the warm up fixtures, they entered the Jupiler League season and started off with a positive outcome.

Both these outfits will meet each other at Den Dreef on Matchday 4 of Jupiler League this Sunday. We can expect an interesting affair between these two outfits.

The seven game winless streak OH Leuven had while completing the past season stood the same till they face a competitive fixture. After the friendlies, they faced Kortrijk in the first league fixture of this season with the above mentioned winless streak.

Leuven succeeded in sealing a win from the opening fixture and ended up the streak. But, they failed to maintain it as they lost their most recent league fixture against Antwerp with a 4-2 ft score.

On the other side, Club Brugge is having an impressive form on the road. They are seen playing a set of Championship fixtures before recording the outcomes from this season.

The most often outcome for Club Brugge in the past five on the road fixtures is a positive three pointer. Therefore, we have enough of reasons to back Club Brugge to seal a win from this fixture against OH Leuven on Sunday.