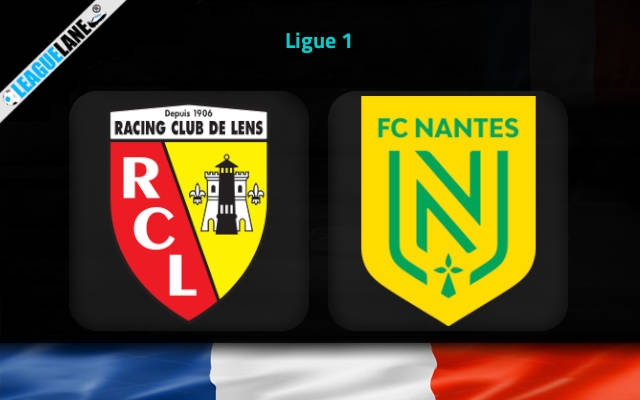 Lens earned a big point in the last weekend’s clash with new champions PSG thanks to the late equalizer scored by Corentin Jean.

Jean’s maiden goal of the season (in the 15th appearance for Lens) came at the moment when Lens had ten men on the pitch of Parc Des Princes.

It was generally a very strong performance from Franck Haise’s men who thus continued their excellent spell of form this month.

Lens won three and drew one of the last four league games. They are only five points behind the likes of Rennes and Monaco who share the third place in the league table right now.

Haise’s men will have a nice chance to keep it going on Saturday afternoon when they host mid-table side Nantes in one of the most interesting games of Matchday No 35.

Nantes have not been playing defense at all lately. Luckily for their fans, the attacking line has done a fabulous job at the opposite end at the same time, which is why we have witnessed some goal fests in the last several games they played.

Each of the last five matches Nantes played in Ligue 1 thus provided goals at both ends. Les Canaris will travel to Stade Bollaert-Delelis on the back of a 5-3 comeback win over Bordeaux six days ago at Stade de la Beaujoire – Louis Fonteneau.

Lens have been much more consistent of late and they will have the home court advantage here (should play a big role on Saturday). Franck Haise’s troops won three consecutive league games on the home patch.

We will back them to make it four on the spin and beat Nantes at the odds of 1.65. The value is also decent with the Over 2.5 goals FT pick at the 1.90 odds.