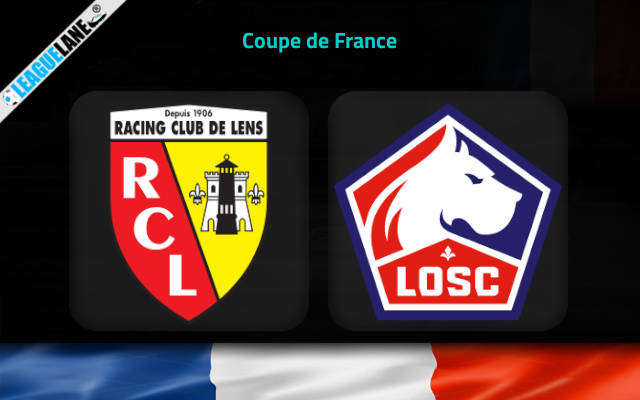 In Round of 16 of Coupe de France, Lens hosts their match between Lille on Tuesday at Lens.
Lens is one of the Ligue 1 teams who got straight into the round of 32 because of their qualifications. They played their last Coupe de France match against Stade Poitevin, which ended in a win after the team scored the only goal in the match. The match ended with 0-1 FT score.

The team is on a no-loss streak at the moment in their home matches. They have not lost in their last five matches, have three wins and have kept two clean sheets as well. From the last ten matches, only one game has ended with the team unable to score a goal. Their last home match was against PSG, which ended in a draw with 1-1 FT score.

Lille is yet another team who got straight into the round of 31. They played their last match against Auxerre, which ended in a win after Lille scored three goals and the opposition could score only one. The match ended with 3-1 FT score.

The match will be tight but I believe Lille has more chance to win the match. They have a constant streak going on and are scoring goals in all their matches. Lens has scored in all the matches but cannot exhibit a constant win streak.