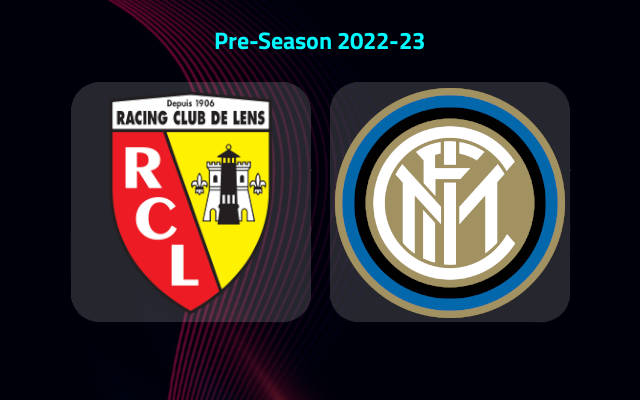 Inter Milan have the right to be disappointed after losing out on the league title the last season on the very final match day. But they will be determined this time around and they have made some huge signings as well. Count on them to have the edge this Saturday against Lens.

Lens had to settle for a modest 7th place finish the last season in the French top flight and thus missed out on any of the European competitions in the coming season.

They had remained winless in 21 of their total 38 league games all through the campaign, and they had also let in a total of 48 goals in the process.

Going on though they had avoided defeats in most of their fixtures towards the end of the season, the huge number of draws did set them back in their objective to secure an entry into one of the European competitions.

Meanwhile Inter Milan were locked in a race for the title with their arch rivals AC Milan right from the start of the previous season. And giving joy to football fans all over the world the race did last till the very last minute of the season as they missed out on the crown by just 2 points.

They are in great form lately, and are finding the back of the net in huge numbers. And with some big-name signings as well they are expected to have the upper hand this Saturday.

Lens were winless in 4 of their past 9 overall fixtures and it needs to be mentioned that they have a total of just 5 wins at their home since the first week of November 2021.

On the other hand, Inter Milan were unbeaten in 18 of their past 19 overall games and in the process they had gone on separate 5-fixture as well as 6-match winning streaks. And all along they were scoring goals in huge numbers as well.

Taking into account these observations it is expected that we are about to witness a victory for Inter Milan.

Tips for Lens vs Inter Milan