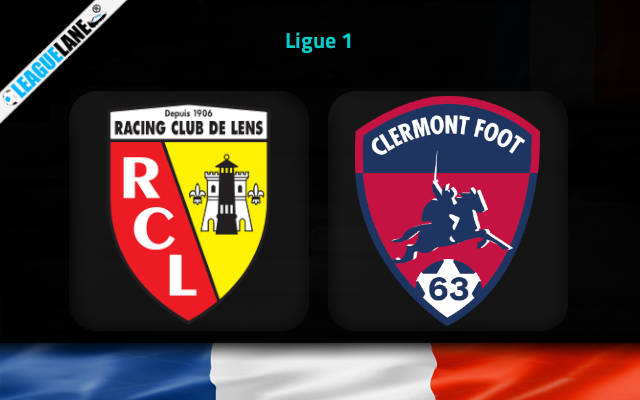 Lens are a mid table side who has won and drew twice from the last 5 league appearances. They are level on points with Lyon and Monaco and a win would certainly get them closer to the Europa Conference League spot which is only 6 points away.

Hoping to secure all 3 points, The Blood and Gold will be hosting the Lancers at Stade Bollaert-Delelis this Saturday for the 29th Round of Ligue 1.

Clermont is at the 16th spot on the standing with only 28 points from 28 games. They won and drew 8 matches each while losing on 14 other occasions. They scored 27 in total while conceding a sum of 48 which shows that an urgent upgrade in defense is needed.

The visitors lost back to back league schedules against Lille and Lorient unable to score in both. During their 6 previous matches, Pascal Gastien’s Clermont have turned their attacks into goals a total of 5 times, earning them the goals scored per game average of 0.83.

On the other hand, Lens resides at the 9th position on the table with only 41 points. Of the 28 matches played, they won 11 games in the league while drawing on 8 and losing on 9 other occasions.

Lens had a goal-less drawn game against Metz, last Saturday. They have seen their defence breached in 5 of their previous 6 games, letting in 7 goals along the way.

We feel a home win to happen this weekend, as Clermont Foot have not emerged victorious against Lens in away games against them for the last 2 league matches. Also the hosts are unbeaten in 78% of the games played at home this season.