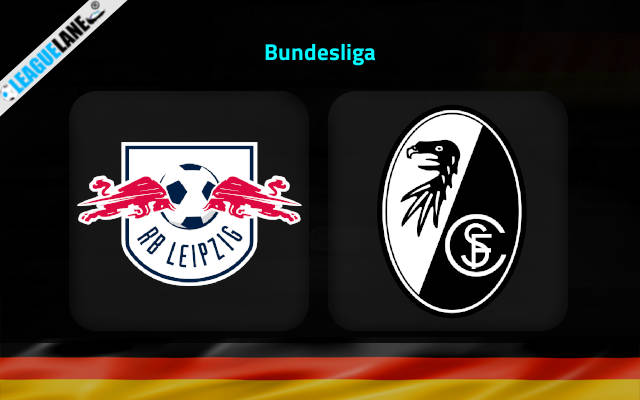 Freiburg are currently the best in the German top flight, after of course the Bavarians. They are trailing a single point below the toppers. Meanwhile, Leipzig too have a similar profile. They are in good form, and are going after a top-four finish.

They are placed sixth in the table at the moment, and need a surplus of only three points to climb into the top-four of the standings.

They are on a long unbeaten run, stretching back two months – and almost all of these fixtures ended in wins for them. All along they scored goals in huge numbers, and particularly at home they are on a long winning streak.

In fact, they have a perfect winning run at home since the first week of September, and they scored two or more goals in every single one of these games.

Meanwhile, Freiburg recorded a 2-0 win at home the last match-day, against Koln, and the last they lost a fixture was one month back against Bayern Munich.

It is also to be noted that this was their sole defeat on the road this season in all competitions. As such, they lost just once away from home in the past six months. And as one would expect, they scored goals in huge numbers all along.

Going on, goals also came in plenty whenever these two teams locked horns in the past, and more of the same is expected this Wednesday as well at the Red Bull Arena.

Leipzig are on a 11-game unbeaten run starting from October, and they scored 32 goals in the process. They also have a perfect winning stretch at this venue in the past two months.

On the other hand, not only are Freiburg placed second in the table at the moment, but they also lost just against Bayern Munich, and Dortmund this season in all competitions.

Do also take into account the fact that they scored the most number of goals in the competition, barring just Bayern Munich, and Frankfurt.

By the looks of things, expect a high-scoring affair this Wednesday between the two squads.

Tips for RB Leipzig vs Freiburg