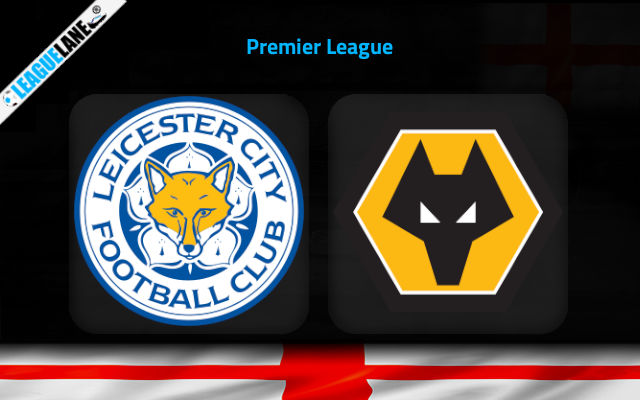 Fresh off their Community Shield win, Leicester City host Wolverhampton Wanderers in their first Premier League action of the season.

The current FA Cup and Community Shield holders Leicester City are hoping to make a positive start to the 2021/22 Premier League campaign as they take on Wolves on Saturday afternoon at King Power Stadium.

Brendan Rodgers’s men instilled some confidence into the dressing room by beating the Premier League champions Manchester City in the curtain-raiser of England’s football season.

Kelechi Iheanacho made all the difference by conversing a spot-kick seven days ago at the Wembley.

The Nigerian forward has been one of the most impressive players in the entire league in the second half of the last season.

Iheanacho scored 16 goals across competitions in 2021 and he is expected to keep shining at the beginning of the new season, particularly with the returns of Harvey Barnes and James Maddison.

Two of Rodgers’ main creators at the center of the park both featured in the mentioned victory over the Citizens.

With Jamie Vardy and newly-signed Patson Daka also available up front, Leicester do have plenty of goals in them and we have reasons to expect them get off to a positive start here.

Wolves, on the other side, could need some time to adjust to life without long-term manager Nuno Espirito Santo.

They are still on Portuguese route with Bruno Lage at the helm. The return of Raul Jimenez is great news for the team’s fans, but the Mexican forward will also likely need some time to reach the old form following his lengthy recovery from a tough and unpleasant skull fracture in the previous term.

The more conservative punters can just go with the home win at the 1.65 odds, while our money will also be with Kelechi Iheanacho to score anytime at the 2.50 odds.