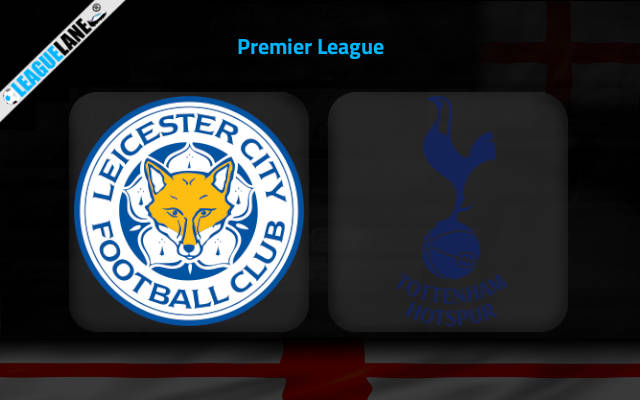 Following their defeat against Chelsea, Leicester’s Champions League destiny is no longer in their hands, and they will need to win this game and hope that either Chelsea or Liverpool fail to pick up 3 points.

This will feel like deja vue for Leicester and manager Brendan Rodgers as they slipped up right at the end of last season to finish 5th and miss out on the Champions League, and it is happening all over again.

Leicester are in 5th with 66 points and have the same points as 4th placed Liverpool but the Reds have a better goal difference. They are also just one point behind Chelsea. So the Foxes would need either Liverpool or Chelsea not to win at the weekend and of course they need to beat Tottenham.

The Foxes have had some good results against Tottenham and being at home they will be confident to win. Ultimately form when they really needed it has let them down and they come into this game with just 1 win in their past four.

Tottenham lost at home to Aston Villa by 2-1 and the fans were back and the club got booed. It is possible that this match will be striker Harry Kane’s last one for the club as he wants to leave them now.

Tottenham would need to win this game and hope that West Ham lose against Southampton to automatically qualify for the Europa League. But there is a good chance that if Tottenham lose here or even draw they could miss out on European football entirely.

Recent away form for Tottenham has been poor with just one win in their past five games and their last game on the road ended in a 3-1 loss at Leeds United.

Tottenham have only shown fleeting moments of brilliance in the last five months when we see the quality of their attack and their recent loss to Aston Villa probably summed up the clubs season.

Both teams will be tense and needing the win because Tottenham after everything that has happened could see Arsenal who many regard to have had a poor season leap frog them in the league.

It’s a huge game for Leicester too and we think they can keep their nerve to win but we have to be cautious. Imagine for example that at the same time Liverpool and Chelsea are easily winning their games, this can come through to fans and players who can lose heart. We should see a very exciting game of football, the Foxes can win this but our main stakes should be on the goals market, there is usually plenty when these two sides meet.