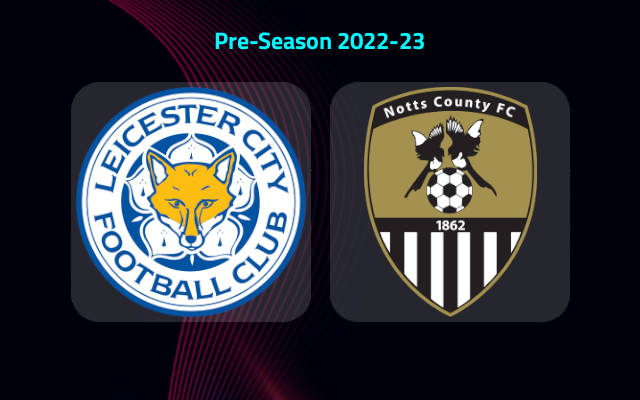 Not only are Leicester a part of the famous English top flight but they had even lifted the title just a few seasons before. Ever since they have been counted amongst one of the very best teams in England and they are a perennial contender for one of the European spots from the league.

They had narrowly missed out on a European ticket the last time around, as they had to settle for an 8th place finish at the end of the campaign. But they will be determined to go for one of the top-four spots itself this season, and will be eager to start on the right note right away.

And it seems that they have a great opportunity coming up the way. They are pitted against Notts County who are from the 5th tier of English football.

Not only is there a difference of 4 rungs of league football between the two teams, but Notts County also have a poor head-to-head record against this opponent over the past several seasons.

By the looks of things expect a victory for Leicester this weekend at their home.

The Foxes are on a 4-game unbeaten run and 3 of these were wins. Note that they had also scored a total of 13 goals in the process as well.

Moreover, they have also lost just twice at this venue in the whole of 2022 and the defeats had come against Everton and Tottenham.

On the other hand, though Notts County have been on a good series of performances lately, it needs to be noted that they are trying to swing against an opponent totally out of their weight category.

Considering these observations, as well as the head-to-head domination of Leicester, expect a win for them this weekend. Do also expect goals in plenty.

Tips for Leicester vs Notts County