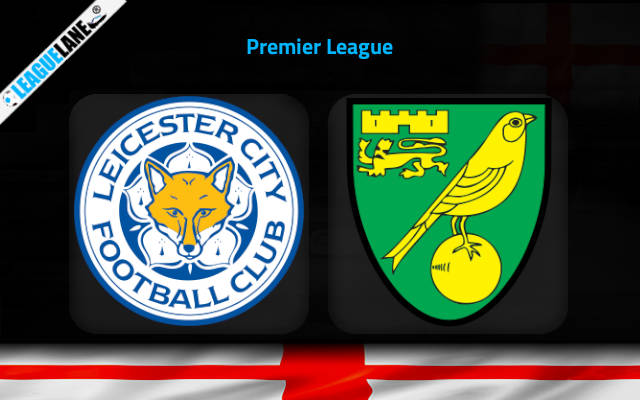 Norwich seems to have accepted their fate, and are waiting to get relegated. They are on a long losing streak, and are conceding goals in huge numbers. It also deserved to be mentioned that they were promoted to the top flight just at the end of the last season.

Meanwhile, Leicester are in a desperate run to secure a top-six finish. Competition is fierce this season in the PL, and they have already dropped a considerable number of points.

However, they had just defeated Jurgen Klopp’s Liverpool, and that has given them a much needed boost of confidence.

Now the team will be eager to secure a huge win this weekend against the worst team in the league, and build momentum for the remainder of the campaign.

The Foxes recorded a 1-0 win at home the last match-day, against six-time European champions Liverpool. They are also on a four-game winning streak at home, and they had scored a total of 12 goals in the process.

They have also seldom lost at home in 2021-22, and even their rare losses have come against some of the absolute best teams in England.

On the other hand, Norwich lost 3-0 on the road the past game week, against Crystal Palace. They are also on a five-fixture losing streak, and they have a combined scorecard of 0-14 in the process.

Taking into account these observations, expect a win for Leicester this Saturday at the King Power Stadium.

Tips for Leicester vs Norwich