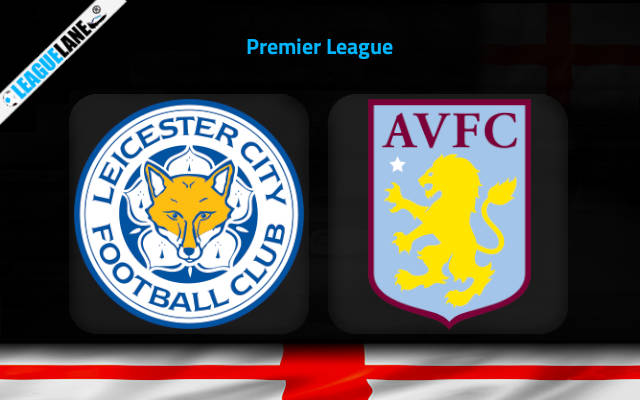 Both Leicester and Aston Villa are counted amongst the worst teams in the English top flight this season and it is no wonder that they are placed in the bottom-most tier of the table as of now.

It also goes without saying that the two teams are letting in goals in huge numbers and if they keep this trend alive, they might even be included in the relegation dog fight towards the end of the campaign.

The Foxes have let in the most number of goals of all the teams in the tournament and are placed 20th in a table of 20. They have a 100-percentage losing record disregarding a single draw, and they are finding it difficult to perform well in front of their home crowd as well.

Along the same lines, Aston Villa are also going through a worrying stretch of results at present. Their defense was a total failure so far in the current edition of the English Premier League and particularly so in road fixtures.

Majority of previous head-to-head clashes also had goals in huge numbers. Considering all these observations, expect a high-scoring affair this Saturday between the two teams at the King Power Stadium.

Leicester are on a 7-game winless run, and, they went on a 3-game losing streak and another 2-match losing stretch. They also let in two or more goals in five of their previous seven overall fixtures and let in 5 goals in their latest game alone.

They also registered just two wins in front of their home crowd in the past four months and one of these victories had come against the relegated Norwich.

Aston Villa were winless in five of their previous seven overall matches and worryingly four were defeats. They lost three of their past four road trips and they also let in two or more goals in all three matches.

By the looks of things, expect a high-scoring thriller this Saturday between the two teams.

Tips for Leicester vs Aston Villa