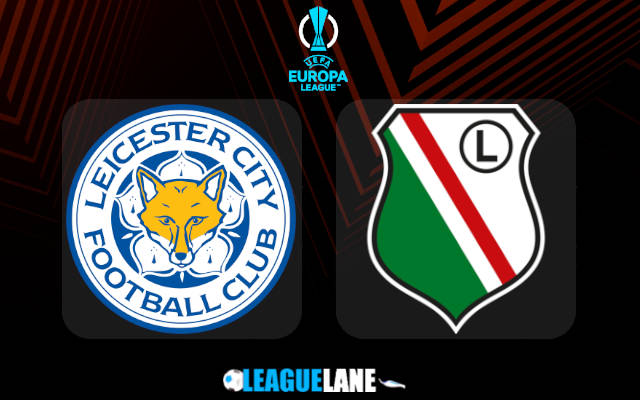 Legia Warsaw will travel to England as they face Leicester City at the King Power Stadium in match week 5 of the Europa League.

A win here is crucial for the hosts to stay in contention for a spot in knockouts of the competition, the visitors with a win here seal their spot in the top 2 places in the group if Napoli are victorious in their match. Read our Preview, Predictions, and Betting Tips with Analysis here.

Their first-ever duel took place in September in Warsaw, where the hosts gained all 3 points with a 1-0 win. That was the first time LCFC faced a Polish club, while Legia has won twice and lost once against English clubs.

The Foxes fought to draws against Napoli and Spartak Moscow in their home games at this competition. While their trip to Moscow ended 3-4 in their favour, they lost against this foe away from home in game week 2. With 5 points they are third in the group a point behind their opponents this midweek.

2 consecutive losses in home games in the league against London clubs Chelsea and Arsenal have put the team 12th in the league with 15 points, 6 points clear of Burnley in the relegation zone.

Legionaries started the season with 1-0 wins against Moscow and this foe in away and home games respectively. They have since lost by 3 goals to Napoli both home and away. They have managed to stay in 2nd position, a point clear of their opponents for this week.

The team were crowned Polish League champions for the second time in a row last season. They are now in the thick of a relegation scrap, second from last in the table.

With the duo of Jamie Vardy and Kelechi Iheanacho unlikely to start the game, following their appearance last weekend against Chelsea and with the team set to face Watford next Sunday, Patson Daka who has started in all Europa League matches and did not get off the bench against Chelsea should start. Expect the Zambian who is the competition’s joint second-highest scorer to get on the scoresheet.