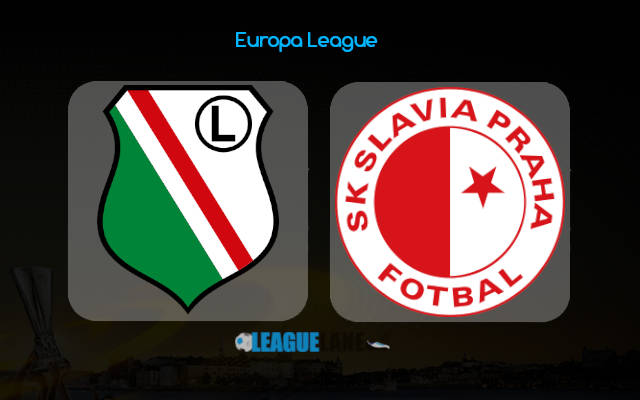 Legia Warsaw and Slavia Prague are set to battle it out in one of the most exciting UEFA Europa League playoffs ties on Thursday evening at Stadion Miejski.

We saw no winner in either of two entirely opposite halves of the first leg in the UEFA Europa League playoffs tie between Legia Warsaw and Slavia Prague.

Nothing separated the two teams after the final whistle although Slavia Prague were the dominant force on the pitch throughout the 90 minutes of the affair.

However, Legia managed to find a couple of first-half goals on the counters and eventually defend a 2-2 draw in the second half in the Czech capital.

Slavia are still favorites to advance, though. Everything speaks in their favor going into this reverse game in Poland.

Jindich Trpisovsky’s men made it to the UEFA Europa League quarterfinal last season (they were stopped by Arsenal there).

They were aiming for the group phase of the UEFA Champions League this summer, but an unfortunate 2-0 loss at Ferencvaros denied them a place in the playoffs of the elite continental competition.

Slavia are generally very tough to break down which is why Legia’s two goals in Prague came as a massive surprise.

The Czech champions began the title defense quest in the new domestic campaign with an impeccable record of four wins in four games and a brutal goal difference of 10-1 along the way.

Legia are by no means a strong attacking team, especially when it comes to this phase of the competition. The Polish champions fell 0-3 to Qarabag in the UEFA Europa League playoffs last season, while they also managed no more than one goal in two legs of the UEFA Champions League loss to Dinamo Zagreb this summer (in the third qualifying round).

We expect Slavia to justify the favorites tag, keep hold of Legia’s attacking line, and record a clean sheet win that would send them through to the Europa League groups.