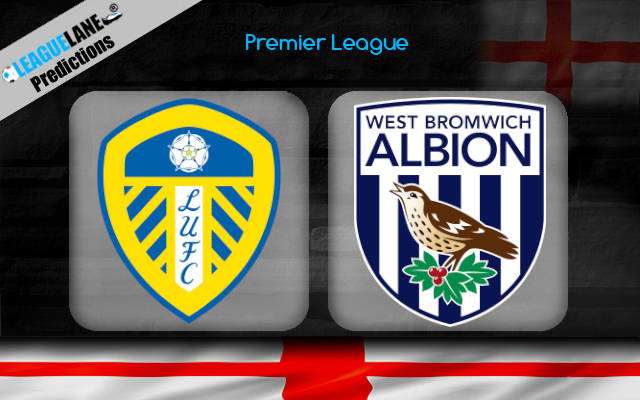 The Whites have ensured a top-ten finish, and will definitely want to end their campaign on a winning note – especially since they had got promoted to the top flight after 16 years. Since they are pitted against the already relegated West Brom, expect a Leeds victory.

As of now, Marcelo Bielsa’s men are on a superb run, and are scoring goals at a good rate. Moreover, they still have an opportunity to climb up the table further. Do also note that they are at home, and are locking horns with the 19th placed team in the table.

With just 26 points so far from 37 games, Brom have already confirmed their relegation. They have a total of just five wins all through this campaign, and are the only squad to have let in more than 70 goals.

They are also one of the worst teams on the road – with just two such wins in the 2020-21 EPL campaign.

Importantly, they also have a poor h2h record against this rival over the years as well.

By the looks of things, expect a Leeds victory this Sunday at the Elland Road.

The Whites recorded a 0-2 win on the road against Southampton. In the meantime, Brom lost 1-3 at home against West Ham.

Going on, Bielsa’s men are on a three-game winning run, and had scored a total of nine goals in the process. They were also unbeaten in nine of their past ten games, and have lost just once at this venue in the past four-month period.

On the other hand, their counterparts are on a six-match winless run, and four of these were defeats. They had also conceded two or more goals in five of these fixtures.

Furthermore, they have a total of just two wins on the road this whole season.

Taking into account these observations, expect a Leeds win this weekend at the Elland Road. Moreover, with the worst defense in the competition, expect Brom to concede in plenty as well.