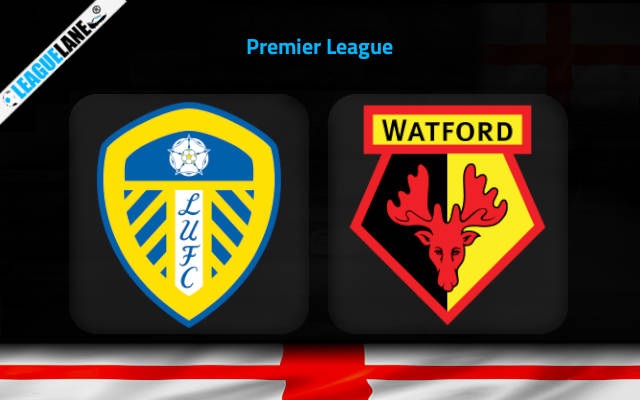 Last season Leeds surprised many and really punched above their weight but they are clearly struggling in their second season back in the Premier League.

Marcelo Bielsa’s side have no wins so far from their first 6 games and are in 18th position. They have been able to draw 3 of their last 5 games but they put in another dejected display against West Ham in their last game losing that one 2-1 but they had been leading.

There is still time for the turnaround of course and being at home again Leeds will fancy they can get something in this game, they really need too.

Watford are in 12th place with seven points and after a slow start by the Hornets they will believe they are turning things round. This is because the club have gone their last 2 games unbeaten after beating Norwich and drawing with Newcastle.

Leeds vs Watford: Head to Head

The clubs have not played each other since playing in the Championship back in 2015 and Watford won 3-2.

Watford have won the last 4 meetings between the clubs.

The last time they played each other was in 2016 in the FA Cup, Watford were at home and won 1-0.

We have to go back to 2009 for the last time Leeds beat Watford when they were at home.

The big blow for Leeds is that star striker Patrick Bamford who has actually had a poor start to the season anyway is likely to be missing. Other quality players such as Jack Harrison and Stuart Dallas were scoring for fun last season but they can’t seem to find the back of the net and it is an evident problem.

Watford are on the up and we think taking on the away side on the double chance could be smart thinking. Also let’s back Ismaila Sarr to score again he came in for us last weekend and the player is in very good form and might find the space he needs against Leeds.