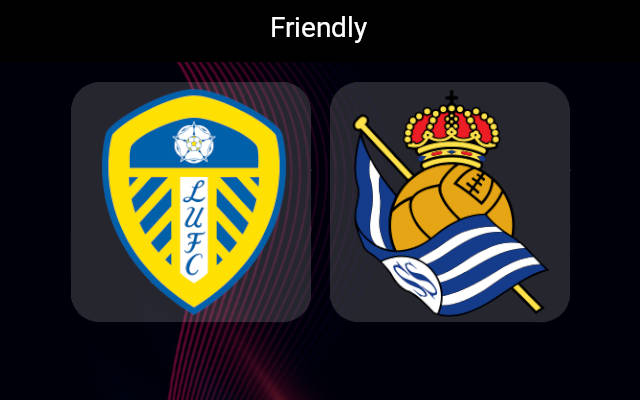 Leeds return to Elland Road to continue the preparations schedule ahead of the post-Christmas Premier League action.

They will play host to Spanish La Liga side Real Sociedad on Friday evening in Yorkshire, aiming to further boost up the confidence after the 1-2 win over Elche last week on Spanish soil.

The Peacocks do need confidence ahead of the clash against reigning champions Manchester City on December 28th at Elland Road.

They are in a very tough situation, sitting just two points above the red zone in the Premier League table.

The Peacocks barely avoided relegation last season and they will have a mountain to climb to stay in the top tier this time around as well.

It is worth noting that Joe Gelhardt and Mateusz Klich were among the scorers in the mentioned victory over Elche eight days ago.

Jesse March’s men will by no means have an easy task here since they are set to face the third-placed team of La Liga standings on Friday.

Real Sociedad returned to the third position in their domestic league thanks to a big 2-1 victory over Sevilla in the final pre-World Cup affair.

The Basques are a tough-to-break-down side as they allowed only 17 goals in the inaugural 14 rounds of the season in the Spanish top flight.

The Spaniards might feature with a very strong midfield line here as the likes of David Silva, Mikel Merino, Brais Mendez, and Asier Illaramendi are all available.

We expect a competitive game without too many goals or clear-cut openings here. This is why the Under 2.5 goals FT pick looks as a great option at the 2.50 odds. You can also opt with the draw at the 3.60 odds.

The punters who like to chase the correct score longshots could go with the 1-1 score at the odds of 7.50. Leeds are at home and they are the favorites for a reason, but Sociedad are the third-placed team in Spain and they will feature with a strong squad on Friday.