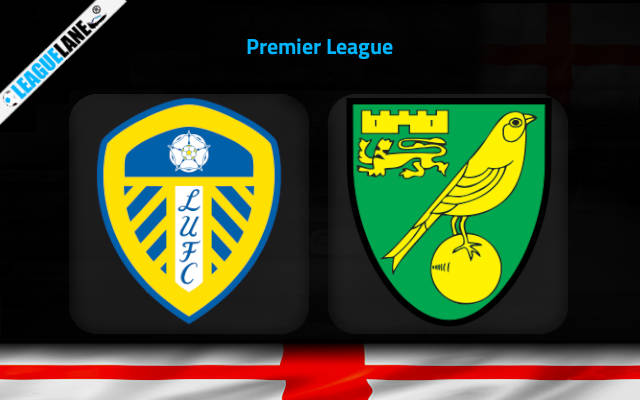 Both these teams could be deemed as the absolute worst teams in the English top flight at the moment. Both are on long losing streaks, and are battling relegation. And with the season about to enter its closing stretch, it’s only natural for the squads to be under massive pressure.

Norwich are placed dead last in the table, and they need a surplus of at least six points to climb over the cut-off. And note that several teams above them in the table have games in hand.

Meanwhile, Leeds are placed 16th in the table, and they have a cushion of just two points over the relegation cut-off. And to make matters worse for them, the two teams just below them – Burnley, and Everton, are in better form than them.

By the looks of things, it’s safe to say that a fierce encounter is about to take place at the Elland Road this Sunday. And for the reason, anticipate goals from either side of the pitch as well.

Leeds lost 0-3 at home the last match-day, against Aston Villa. They are on a six-fixture losing streak, and are also on an eight-game winless run. Note that they had also conceded three or more goals in six of the past eight match-ups.

On the other hand, Norwich lost 1-3 at home the past game week, against Chelsea. They too are on a six-game losing streak, and they had lost six of their past nine road trips as well.

Moreover, previous h2h meetings too had goals in huge numbers.

Judging all these observations, expect a high-scoring affair this Sunday at the Elland Road.

Tips for Leeds vs Norwich