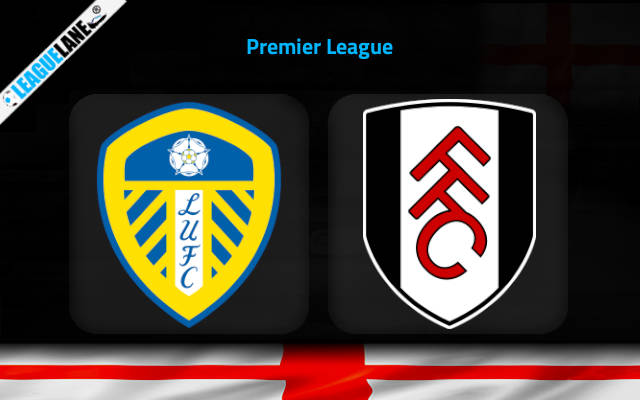 Leeds got extremely unlucky to come away from the last weekend’s clash against Arsenal empty-handed.

The Peacocks dominated the game for a good part, their Patrick Bamford had a goal disallowed and missed a penalty upon coming on from the bench in the second half.

Nevertheless, Jesse Marsch has plenty of reasons for satisfaction after seeing that kind of display against the section leaders.

Leeds were also in action on Thursday night against Leicester and they are about to play host to bottom-half rivals Fulham in Gameweek 13.

This is a very much winnable affair for Leeds who made it five consecutive league games without a three-pointer last weekend when they fell 0-1 to Arsenal.

What is even more significant for the hosts is that they should have a lot of space to deliver in the final third here past Fulham’s leaky back line.

Fulham play ultra-attacking football under Marco Silva. The best part for the Portuguese manager is that such an approach indeed brings results.

Many experts expected the Cottagers in the relegation scrap but they are sitting comfortable in the middle of the Premier League table after 11 matches played.

However, the fact that Fulham allowed at least two goals in five consecutive Premier League games is enough for us to see this match as an ideal chance for Patrick Bamford to shine for Leeds.

Leeds should not waste this opportunity to claim the much-needed spoils, especially after pulling off such a strong performance against Chelsea last weekend.

We’ll take 3.00 odds offered for Leeds to win & Over 2.5 goals FT bet here. The value is also great with Patrick Bamford to score anytime at the 2.60 odds in what is expected to be a high-scoring contest.