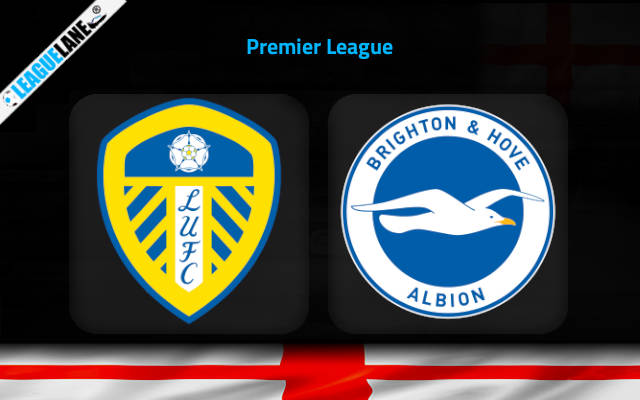 Brighton have high hopes for the next campaign, especially considering the level of performances they have delivered in the last few games.

And among these, the most noticeable one was the 4-0 drubbing of Manchester United which effectively put an end to the march of the Red Devils towards Champions League qualification.

They are placed ninth in the table as of now, and had they shown this kind of form earlier in the campaign, it can be said with certainty that they would have been one of the teams that would represent England in one of the European competitions next year.

In the meantime, the fairy tale seems to have come to an end for Leeds. They are placed 18th in the table as of now, and they will have to overtake either Burnley or Everton, both of whom are in great form, in order to avoid getting a boot to the championship.

With just three fixtures remaining in the competition, it seems a doubt if the Peacocks would be able to pull this off. Anyhow they are under massive pressure, and they already are one of the worst defenses in the whole English topflight.

It goes without saying they are huge underdogs this weekend, as they try to take on the in-form and confident Brighton.

Leeds lost 2-0 on the road the last match-day against Arsenal, and they are also on a two-game losing streak, in which they have conceded a total of six goals.

Do also note that they were winless in 12 of their past 15 overall games, and in the process they had even gone on a 6-match losing streak.

On the other hand, Brighton just registered a 4-0 win at home the past game week against none other than Manchester United. They were also unbeaten in six of their past seven overall fixtures, and this sole loss had come against defending champions Manchester City.

Moreover, they had won three of their past four road trips too.

Taking into account these observations, anticipate a win for Brighton this Saturday. And considering the desperation of Leeds, expect goals in plenty as well.

Leeds are one of the only two teams in the whole competition to have conceded more than 70 goals. And it needs to be noted that the other team is the already-relegated Norwich, who are placed 20th in a table of 20.

Tips for Leeds United vs Brighton