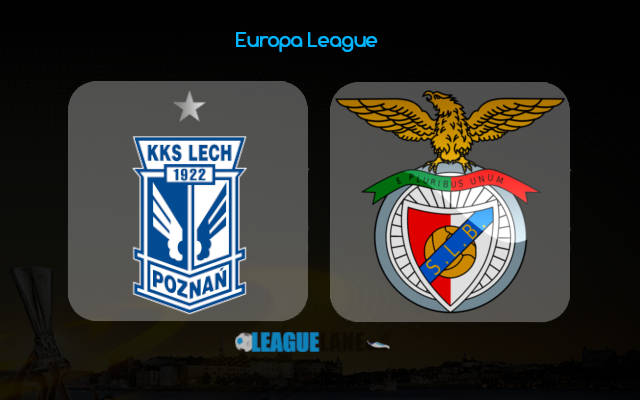 Lech Poznan from Poland Ekstraklasa will host their Portuguese adversaries in the EL group match. With teams like St. liege and Rangers in the mix, clashes with an inferior side like Lech will probably be the ones to look out for Benfica to savor points early in the group.

Lech will host after a 2-1 loss on the road against Jagiellonia in the Ekstraklasa fixture. Seeing that the three points could be a game-changer for the Eagles, we can expect the away side to put all in the upcoming match.

Jorge Jesus and his men will visit on the back of a four-game winning streak in their schedule, following a 0-3 win on the road against Rio Ave in the previous Premiera Liga clash. Two of their recent three fixtures have seen them keep a clean sheet.

Lech Poznan is on a winning streak in the Europa League fixtures this season, but they will host on the back of an away loss in their domestic league. The host enjoys the ground advantage in the game, which will be a comfort for Dariusz Zuraw trying to pick up his team from that loss.

However, the Railwaymen will face a stronger side in the mix for the upcoming match. Benfica has won their last four matches, and it was the CL defeat against PAOK that put them in the EL group stage. With their strong squad in the middle, the Eagles will probably pose a threat for the Polish side.

The away win in full-time will probably be the best bet for the punters to yield decent returns from the encounter on Thursday. Besides, the visitor has won seven straight games in the Portuguese top tier this term as of late in their schedule.