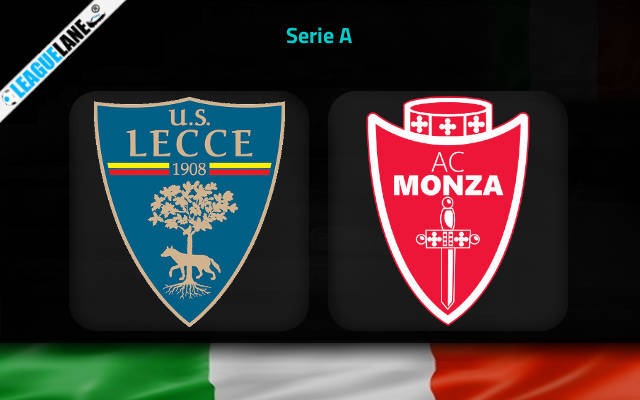 Both Lecce and Monza are struggling badly to adjust to life in the top tier of Italian football at the start of the season.

The teams have collected a grand total of two points combined in the opening five rounds, courtesy of Lecce’s pair of draws against Empoli and Napoli.

The two teams have also scored only five goals combined so far in the season. Such a dreadful start to the campaign only puts emphasis on their head to head encounter in Matchday No 6 on Sunday afternoon at Stadio Comunale Via del Mare.

To be fair, Lecce did look decent defensively in the inaugural five rounds of the season. They offered a fantastic resistance on the opening day against last season’s runners-up Inter Milan in a 1-2 defeat.

Since then, Lecce have not allowed two or more goals in any of the four following matches. They even held the in-form Napoli side to a 1-1 draw away at Stadio Diego Armando Maradona in Gameweek 4.

Marco Baroni’s men fell 1-0 away at Torino on Monday. They should have a nice chance to keep their maiden clean sheet here against Monza who have the joint-worst offensive record in the league with only two goals scored so far in the season.

Monza lost all five matches in their debut in the elite class of Italian football, shipping two or more goals in each of these defeats.

The latest came on Monday when they fell 0-2 at home to table-toppers Atalanta.

Considering the importance of the game as well as both teams’ attacking displays in the opening five rounds of the season, the Under 2.5 goals FT has to be the way to go at the odds of 1.90.

Since Lecce left a better impression in the inaugural five games, we also like the 2.25 odds offered for their victory on Sunday.