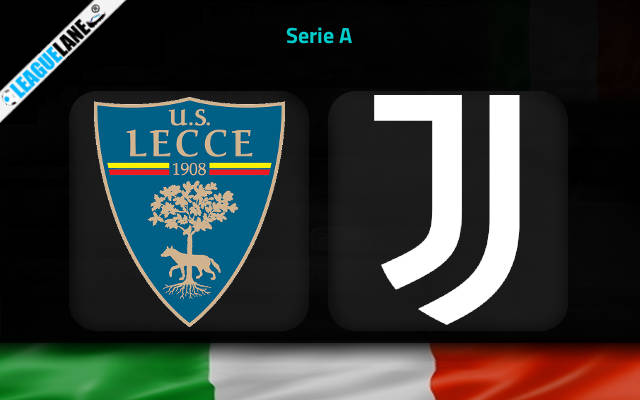 Juventus managed their third win in the last four Serie A outings last Friday as they demolished Empoli 4-0 at Allianz Stadium in Turin.

They will be hoping to keep the fine form going in Gameweek 12 as well. They travel to Stadio Comunale Via del Mare to take on the recently-promoted Lecce side on Saturday afternoon.

Lecce will be among the main candidates for the immediate return to Serie B football based on everything we saw from them so far in the season.

The hosts lack cutting edge in the final third required for success at the highest level. Their offensive line once again did very little to hurt the opposition last weekend when Marco Baroni’s men fell 2-0 away at Bologna.

Juventus own one of the best defensive records in the elite class of Italian football with just 7 goals allowed in 11 matches.

They are here up against Lecce who managed to find the net no more than 9 times in 11 outings. Furthermore, Lecce notched just one goal in the previous two meetings with Fiorentina and Bologna.

Juventus will enter the match in much higher spirits after winning three of the last four league games. Also, they have the second-best defensive record in the league with just 7 goals conceded in 11 matches so far in the season.

Since Lecce did not impress offensively of late, we are tempted to take Juventus to win to nil at the 2.62 odds. We are also attracted by the 7.50 odds offered for Juventus to win 0-2 on Saturday afternoon.