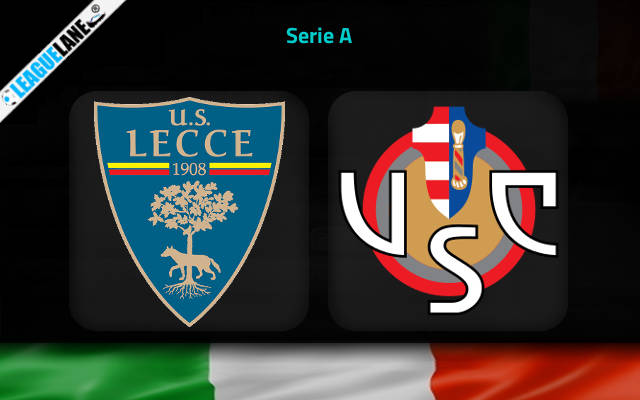 Lecce and Cremonese finished the previous term of Serie B at the top two positions. They are now set to lock horns in Matchday No 8 of the 2022/23 Serie A campaign on Sunday afternoon at Stadio Comunale Via del Mare.

Lecce opened the season in a much better fashion than Cremonese, especially after the previous round’s 1-2 win at in-form Salernitana.

It was a massive result for Marco Baroni and his troops who thus managed to get their first win of the season after a subpar showing in the 1-1 stalemate at home against Monza beforehand.

Lecce will have a great chance to make it two wins on the spin now when they come face to face with Cremonese who are arguably the weakest team in the top flight of Italian football, at least based on what we have seen in the early stages of the season.

Cremonese took only two points in the opening seven rounds and they share the very foot of the standings with Sampdoria at the moment.

Massimiliano Alvini’s men suffered a tough 0-4 defeat at home to Lazio in the previous round despite showing a decent overall performance on the occasion in contrast to what the scoreline shows).

Nevertheless, we have to say that Cremonese managed to hold joint-leaders Atalanta to a 1-1 stalemate in the previous away fixture.

This is a big game for both teams. Cremonese will try and repeat the display they showed in the 1-1 draw in Bergamo. Nevertheless, they took just two points in seven games so far and they have a dismal record on travels against Lecce.

The home win is the primary betting option at the 2.05 odds, while we also like the Both Teams To Score bet at the 1.80 odds since we don’t trust either defense.