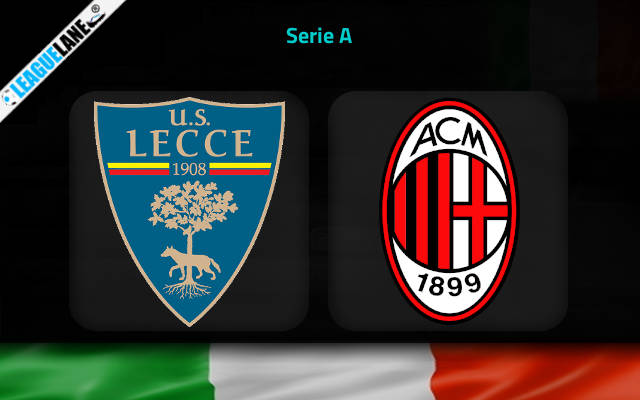 I Rossoneri had the full control of the game all up until the 87th minute and the corner kick that resulted in Roma’s goal. In a crazy finish, Jose Mourinho’s men managed to find another through Tammy Abraham in the third minute of added time.

Stefano Pioli’s men are thus once again seven points behind Napoli at the top of the Serie A standings. They even dropped to the third place after Juventus’ home victory over Udinese in the previous round.

AC Milan will now face a tough task in an attempt to return to winning ways on Saturday afternoon when they travel to Stadio Comunale Via del Mare.

This is by no means an easy place to play football at this season. Lecce have only lost two of eight league outings in front of their fans this term.

Lecce managed a 2-1 comeback victory over Lazio in the previous home game at the start of the year, while they remained undefeated last weekend as well, playing a goalless draw away at Spezia in Gameweek 17.

Marco Baroni’s men moved up to the 11th position in the league table after clinching four points from the two post-World Cup outings.

There is not much value in the 1.57 odds offered for AC Milan’s win here knowing how good Lecce have been on the home patch so far in the season.

This is why we will rather chase Draw & Both Teams To Score at the 5.50 odds, especially knowing that AC Milan allowed three goals in the last two outings. We will also back Lecce’s top scorer Gabriel Strefezza to score anytime at the same odds. The Brazilian winger is the team’s captain and penalty-taker as well.