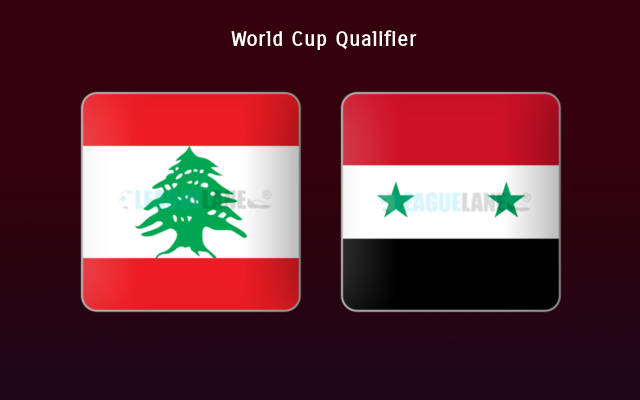 Lebanon will try to stay in contention for the third-place finish in Group A and a spot in the Asian playoffs with the third-placed team of Group B in Asian World Cup Qualifications with a victory over last-placed Syria on Thursday afternoon at Saida International Stadium.

Lebanon are three points shy of third-placed UAE with just two games left to play. A win here, paired with Iraq’s victory over UAE later this day, would move Lebanon level on points with the United Arab Emirates ahead of the final day fixtures.

Lebanon ended their three-loss run with a 1-1 draw at home to Iraq on February 1st. Nejmeh’s defender Maher Sabra secured a point with his inaugural national team goal on the occasion.

Lebanon have won just one of eight qualifiers in this final phase but that lone victory came just against the likes of Syria (2-3 in Jordan) in October last year.

The visitors have, on the other side, lost all hopes of clinching this third spot in Group A after clinching only two points in eight qualifiers so far in the campaign.

They will go into this off of three successive losses, each of which came by at least two goals difference.

However, we must say the opposition did include the likes of Iran, UAE, and South Korea along the way.

Overall, Syria lead the head to head tie in this matchup but Lebanon have been more successful in the latest H2H affairs.

Lebanon have thus won three and drawn one of the last four head to head meetings with the Syrians.

Four of the last five H2H outings saw the Over 2.5 goals FT & Both Teams To Score option “coming in”, including the aforementioned 2-3 victory for Lebanon in the reverse fixture on in October last year.

Lebanon still have a chance to make it to playoffs, they will have the home court advantage, and we fancy them to beat the last-placed Syria at the 2.37 odds here.

Since we have witnessed some goal fests in the recent H2H history between these two teams, the Both Teams To Score bet also looks decent at the odds of 2.10.