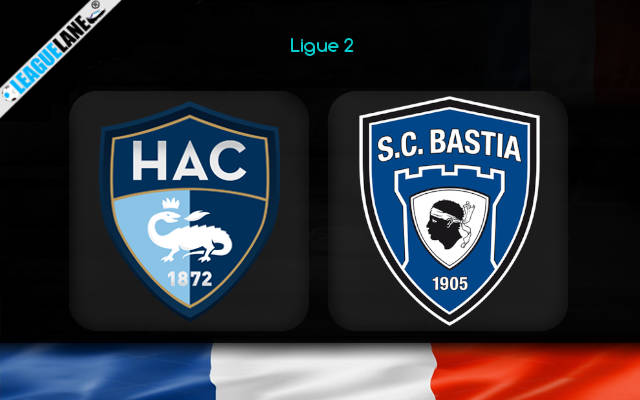 Having not been able to register a win in 2022, Le Havre have not been able to crack into one of the promotion playoffs spots. They would have few better chances to do so than against this opponent on Monday.

Their most recent game ended in a scoreless draw against Niort, a club with whom they are level on points with. This marked the club’s 3rd consecutive draw.

With a loss and a win preceding that, they now sit 6th in the league, three points behind a spot in the playoffs.

Bastia meanwhile despite not being able to deliver amazing performances, they have managed to stay clear of the relegation zone.

Their most recent game came against the top half of the table club Pau at home, in which they held them to a 1-1 draw. This was their 3rd draw in five league games.

Further registering a win and a loss from those games, they are now three points clear of the relegation playoffs spot in 17th position in the league standings.

The away side has avoided defeat just twice in their last nine league matches on the road. Their opponents meanwhile are clearly in the midst of a poor run of games; however, have not lost against any team outside the top five in the league table. Consequently, they should end up delivering the win.

The hosts have kept five clean sheets in their eight home games. They are likely to make in six in nine considering they go up against a club that has failed to score in seven of their previous nine league games away from home.