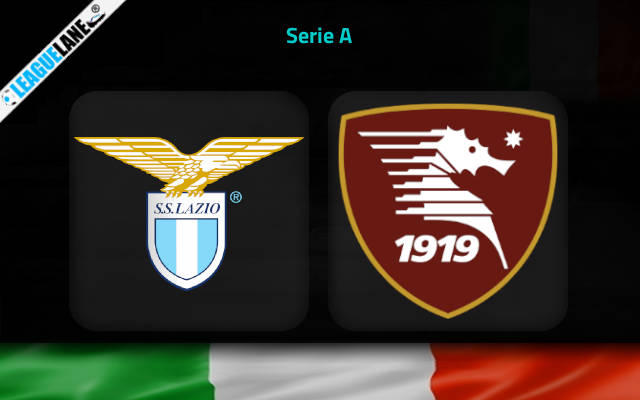 Lazio have shown much better displays at home than on travels this season. They have an in-form predator in the like of Ciro Immobile who bagged a goal in each of the back-to-back away draws at Atalanta and Marseille in the last seven days. Backing Lazio to win & Immobile to score anytime has to be the way to go here.

Lazio played two very similar matches within the last seven days. Both ended in 2-2 draws and both had identical set of happenings.

These matches came against the likes of Atalanta (Serie A) and Marseille (UEFA Europa League).

Lazio were the first to concede, then managed a comeback, but only to concede a late second-half equalizer (especially late in the league clash against Atalanta) in both affairs.

What’s also common for both matches is Lazio’s weak defensive display. I Biancocelesti allowed at least 17 shots against both Atalanta and Marseille.

Maurizio Sarri’s men will finally get an easier opposition on Sunday afternoon when they play host to Salernitana in the 12th round of the Serie A.

The visitors lost three of the last four league games. They sit second from bottom in the table and generally have very little to hope for here against the likes of Lazio.

Lazio have a fantastic home record of four wins and one draw in five league games at Stadio Olimpico this term, while their counterparts have lost four of five away matches this season.

Tips for Lazio vs Salernitana