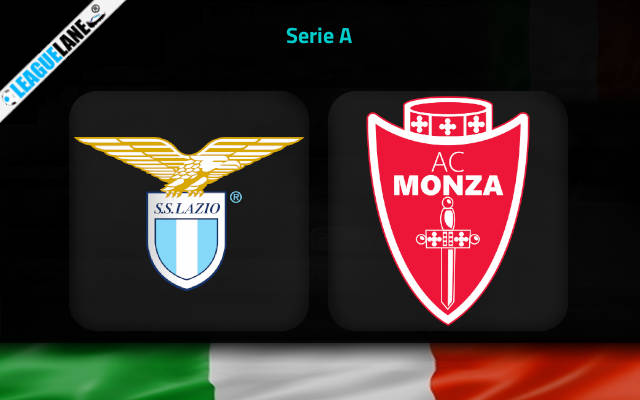 Lazio have been in great form all through the current campaign, and they are placed third in the table at the moment. Meanwhile, Monza are hanging by a thread over the relegation cut-off, and have been one of the worst teams on the road this season in the Serie A.

They have a single win to their name away from home in the Italian top flight this time around, and it came against the 19th placed Sampdoria. Only a handful of teams scored fewer goals than them in away games, and at the same time they conceded in plenty in such fixtures.

They managed to win just against four teams in the Serie A, and three of these squads are currently placed 17th or below in the table.

Meanwhile, Lazio are one of the contenders to secure a podium finish this season in the Italian top division. Only twice did they lose so far in the tournament, and one of these defeats came against toppers Napoli.

And to further make matters simple for them, Lazio have a superior h2h record against this rival. All of these point towards them delivering a winning performance this Thursday at the Stadio Olimpico.

Lazio are high on confidence after securing a 0-1 win on the road the last match-day, against Conference League champions Roma. They also lost just once in the league in the past two months, and all along they scored goals in huge numbers.

It is also impressive that they lost just against three teams at home all through 2022.

On the other hand, not only are Monza a recently promoted team from the Serie B, but they also have a single win on the road in the current edition of the Serie A – which came against the 19th placed Sampdoria.

By the looks of things, expect a win for the in-form Lazio.

Tips for Lazio vs Monza