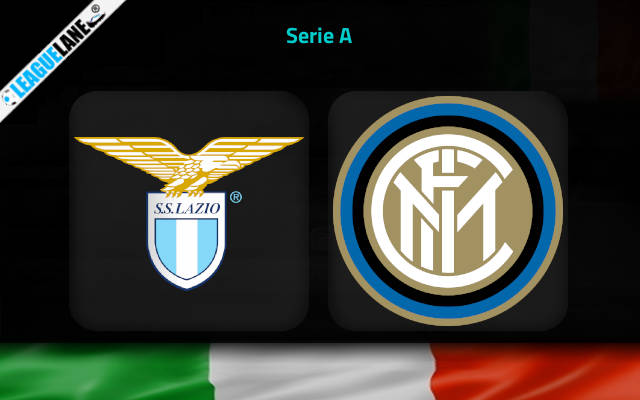 Inter were the champions of Italy the season before and the last time around they had missed out on the title by a margin of just 2 points. Meanwhile Lazio are also one of the heavyweights in the Italian league but they surely are not in the same level as that of their counterparts for the day.

The Eagles had finished 5th in the league table the last season and thus they had to settle for a ticket to the Europa League. It also needs to be mentioned that they were trailing by 20 points below their opponents for the day at the end of the campaign.

Moreover, the Eagles have not started their new season on a totally positive note. They have been able to find the back of the net just 2 times so far this league season and they were also held to a goalless draw the last match-day by the comparatively weaker Torino.

Meanwhile, Inter seem determined to win the title that they had lost previously. They have a 100 percentage winning record so far and they are finding the back of the net consistently as well.

They are placed second in the table as of now and are level on points with the first-placed Napoli. However, Napoli are pitted against Fiorentina next and it is not at all going to be easy for them.

This is an opportunity for the Milan team to climb to the top of the table. Count on them to register a winning performance this Friday.

Lazio were winless in 4 of their past 5 overall fixtures and they had even failed to score in 3 of their past 4 matches. It also deserves to be mentioned that they have managed to register just 5 wins in total in front of their home crowd in the whole of 2022 so far.

Meanwhile, Inter Milan have a 100 percentage winning record in the new season and they had scored a total of 5 goals from the past 2 games combined. They had also won 5 of their past 6 road trips and they have a dominant head-to-head record against this rival over the years.

By the looks of things, expect a victory for Inter.

Tips for Lazio vs Inter Milan