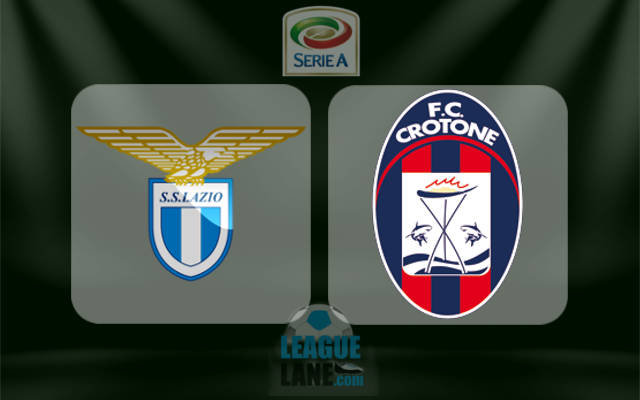 Lazio went into the Christmas break sitting at a strong 4th position in the Serie A table. There is an 8 point gap with the leaders Juventus, but they are only 3 points below their city rivals AS Roma on the second place. There is no doubt that we will witness an interesting battle at the top of the Serie A table in the second half of the table, as teams from second to sixth are separated by a meagre 6 points. Lazio had a tough round of fixtures in December as they met Roma, Fiorentina and Inter Milan. They lost twice during the period with a long win coming at home against the side from Florence.

Crotone are in threat of immediate relegation after getting promoting to Serie A this season. They are 19th in the standings, same as 9 points with the bottom placed Pescara. The team in Red and Blue were only able to pick up 2 wins from their 17 matches this season and suffered 12 defeats, the highest in the league so far this season. Crotone are yet to register a win away from home and lost in 8 of their 9 games so far.

This will be the first Serie A meeting between Lazio and Crotone.

From the analysis of the forms of both teams, Lazio are poised to win this with ease. The home win is priced at 1.30 odds by most bookies and offer no value for return. Relying on the scoring record of Lazio at home, we could better pick them to win the first half for this tie. At the same time, half-time/full-time bets in favour of Lazio offer the same value and could be used as an alternative option.