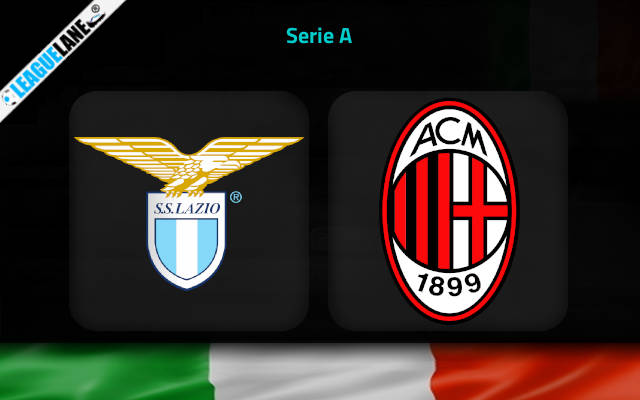 Lazio vs AC Milan Predictions and Free Tips from our expert tipsters when the teams go head-to-head in Italian Serie A on Tuesday, 24 January 2023.

Lazio have a single win to their name in the league after the World Cup break, and it came against the relegation-battling Sassuolo. It goes without saying that they are in the midst of a struggling period.

Meanwhile, AC Milan are still the best in Serie A after toppers Napoli, and are also one of the most consistent. Only twice have they lost in this entire league campaign, and they will be determined to make amends for their loss in the Super Cup against arch-rivals Inter.

The latest clash between the two ended in a 1-2 win for the seven-time European champions, and they also won five of the former six meetings. Moreover, the hosts won just once at this ground in the last six years.

Who will win the match between Lazio and AC Milan?

Since the first week of October, Lazio won just once at this ground. Meanwhile, AC Milan last lost a fixture in the league back in October, and of their total two losses in the Serie A, one came against potential champions Napoli.

On top of that they have a superb h2h record over the years against this opponent. Likely, count on the former champions AC Milan to emerge victorious this Tuesday.

On top of that, they also scored 14 goals from the past six h2h encounters in a row.

With Lazio currently not performing at their best – chances are high for this clash to turn into a high-scoring affair.

For all their heroics, AC Milan failed to keep a clean sheet in their last six fixtures in a row, and their latest clean sheet on the road came back in the first week of November.

Moreover, only once did Lazio fail to find the back of the net at this venue all through this season in all competitions.

As such it appears that we are about to witness goals coming in from either end of the pitch.

AC Milan have a great h2h record against this opponent over the years, and are unbeaten in the league in the last three months. In fact, they lost just twice in the current edition of the Serie A, and one of these losses came against Napoli.

Lazio have a single win in the league in the last two months, and are not at all in good shape to take on the seven-time European champions. As such, AC Milan to Win at an odd of 2.40 would be the logical pick for the day.

Going on, defense has not been the strong point for either of these squads lately. Both teams are letting in goals in huge numbers, and with the campaign about to enter its climatic second half, nerves are at an all-time high.

Goals are expected in huge numbers, and consequentially the Over 2.5 Match Goals at an odd of 1.90 looks very promising.