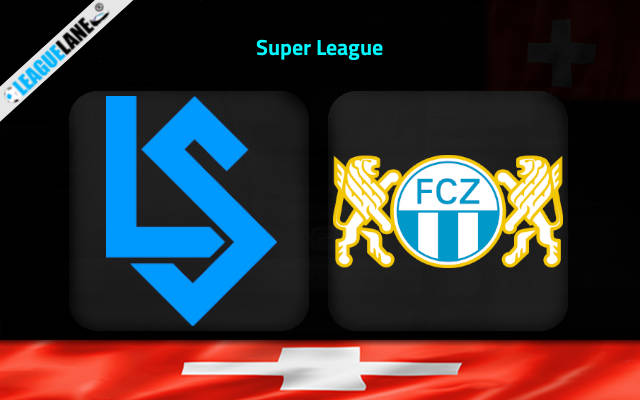 Nothing short of a miracle can save Lausanne from going down into the second division of Switzerland’s football system. With getting into the top eight positions by far unrealistic, their only hope is to get into that 9th position and survive through the playoffs.

However, given their shambolic form and the revival in form of Luzern, they are looking certain to suffer relegation this season.

In their last match, they suffered a 1-2 loss at home against Luzern. The result marked their 7th consecutive loss.

Following which they now sit rock bottom of the table, six points behind their opponents on the last match day.

Zurich have been near perfect over the last few months, having dropped a negligible number of points. As long as they avoid a significant drop in points, the club should be able to win their first league title since 2009, having nearly been relegated last season.

They got all three points against 3rd place team Basel in their previous match at home that ended 4-2 in their favour. The result marked their 10th win in eleven league games.

Having dropped just a couple of points from those games, the club is now ten points clear of BSC Young Boys, with a game in hand over them.

The visitors are undefeated in their last six league games on the road, which includes a four match winning streak. They should have little to no difficulties taking all points from a team that is on a six match losing streak in home games and have won just once at this venue in the league throughout the course of the season.

FCZ have kept just two clean sheets throughout the course of the season, their opponents meanwhile are averaging more than a goal in home league games, this season. Therefore, expect goals from both clubs this Saturday.