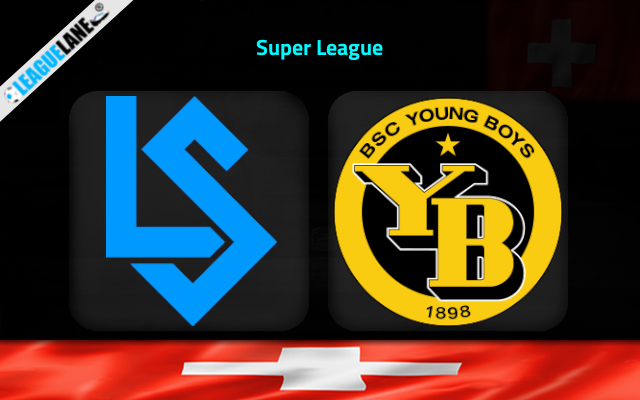 Young Boys sits second on the table with a total of 44 points. They have a good form in the league since the beginning. It’s evident from their impressive attacking and defensive lineup.

However, they have been going through a inconsistent form in the league of late. They will be hoping to gain consistency by sealing three points from their coming league fixture against Lausanne Sport at Stade de la Tuilliere on Sunday.

Lausanne Sport have only tasted victory twice since the beginning of this season. They have a dreadful form in the league. They owns the worst attacking and defensive lineup of this season.

Lausanne Sport lost their most recent league fixture against the toppers Zurich at home by leaking two unanswered goals. With that defeat, they woven a thread of nine subsequent league defeats, Following such a set of negative outcomes, they will enter this fixture with lowest of spirits.

Meanwhile, Young Boys have played a 2-2 draw against the relegation battlers Luzern in their most recent league fixture. With that draw, they are now winless in 5 of the past 10 league fixtures. Anyways, that wont be affecting their spirits to enter this fixture.

Lausanne Sport have been winless at this venue since October 2021. They have been leaking two or more goals in each of their past 8 league fixtures here.

On the other side, Young Boys are unbeaten in four of the past 6 league fixtures on road. They have a seesaw of form on road, but such a run will count little against this Lausanne Sport outfit.

On top of that, they have an impressie h2h record against Lausanne Sport. Therefore, we are backing Young Boys to deliver a strong display in this fixture.