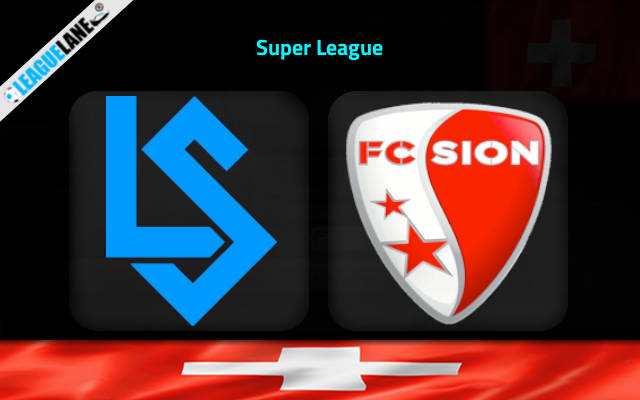 Lausanne Sport has played poorly in their matches this season, placing them at the bottom half of the bottom half of the league table throughout the season. Currently, the team is dead last on the league table with only 22 points from their matches. The team is winless in the last four matches and has only got two wins to show from the last ten matches. With their current standing, the team has no chance of avoiding the relegation zone.

Lausanne Sport played their last match against Zurich. Both teams scored two goals each, ending the match in a draw with 2-2 FT score.

Sion too has performed poorly in their matches throughout the season. From the last ten matches, the team has got two wins, two draws and six losses. The poor performance has placed the team in the bottom half of the league table at the eighth position with 37 points to their name. With only two matches in the fixture, there is still a chance for the team to end in the relegation zone.

Sion played their last match against Luzern. Luzern scored three goals in the match while Sion could score only one and that too in the last minutes. The match ended with 1-3 FT score.

Both Lausanne and Sion have played poorly in their matches this season. Lausanne is winless in the last four matches, while Sion has lost in six of the last ten matches.

Lausanne’s recent home matches show an improvement in their form in their home ground. They are unbeaten in the last four home matches and have scored over 1.5 goals in three of the matches. Sion has brought in mixed results from their recent away matches. They have won in two, drawn in one and lost in two of the last five away matches.

With both teams performing similarly, the match can turn its tides at any time. However, Lausanne playing in their home ground cannot be overlooked. So, I believe the match will end in a win for Lausanne. We can also expect Lausanne to score over 1.5 goals in the match.