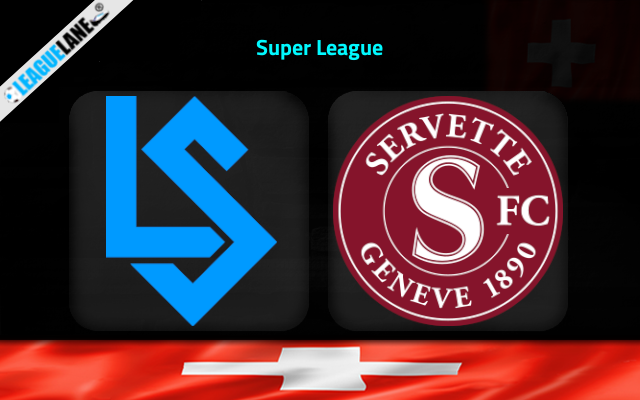 Lausanne Sport are not pulling up any trees since the beginning of this season. They have seldom won at all this campaign. They occupies the bottom of the table with a total of 13 points from 27 league fixtures. They are having a big gap between other clubs. They possess the worst offensive and defensive lineup of this season.

Lausanne recorded a 3-1 defeat on road against Lugano in their most recent league fixture to make a thread of 13 consecutive winless games in the league. Following such a set of recordings, they will enter their upcoming league fixture with lowest of spirits.

Meanwhile, Servette sits 5th on the table with a total of 38 points. They are having a 7 points difference with the safe zone currently. Even if it’s a hard task to find a spot inside the promotion zone, they will be eyeing for one and their recent recordings shows their motivation to gain a spot.

Lausanne Sport have recorded nothing impressive to their name lately. Be it home or away, they ends up disappointing their supporters. At home, they are having a dreadful form at present.

They have leaked two or more goals in each of their past five league affairs at home. It is more than enough to back Servette as their disappointing form on road is better than the home form of Lausanne Sport.