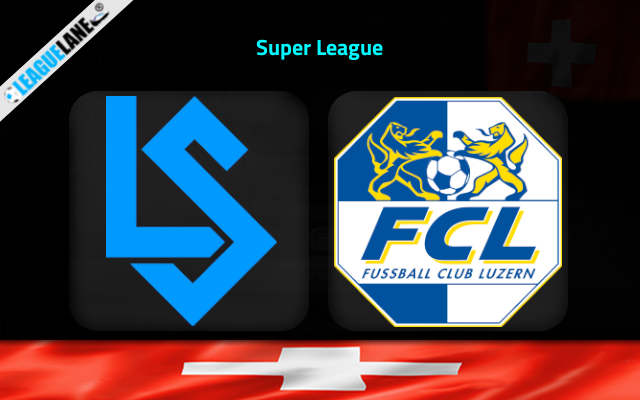 Neither Lausanne Sport nor Luzern are enjoying a decent form this season so far. Both these outfits will meet each other at Stade de la Tuiliere on Sunday in a low profile Super League fixture.

Lausanne Sport remains at the rock bottom of the table after failing to record a win lately. They have a total of 12 points and have seldom won at all this campaign. They have the worst defensive and attacking lineup of this season.

They are winless since November 2021. They have also lost each of their past 6 league fixtures. Following such a cold run, they will be having lowest of spirits. However, they will be hoping to seal a win in this fixture with the aid of home advantage as they are facing another weak outfit of this season.

Meanwhile, Luzern have managed to stay unbeaten in each of their past two league fixtures. They played a score draw at Servette and won over Sion at home in those fixtures.

They sits 9th on the table with 15 points. They are 11 points away from the exit door of danger zone. Their current run wont be giving them a positive spirits as they have such a big difference with the 8th spot Sion.

Lausanne Sport are on the back of five straight defeats at home. With such a run we can’t back them to seal win here. However, they have a decent h2h stats at this venue over Luzern lately. Therefore, we can expect them to end in scores level against Luzern.

Knowing that Luzern are yet to record a win on road since the beginning of this season, we have more than enough reasons to back the draw option instead of expecting a win for either of these two outfits.