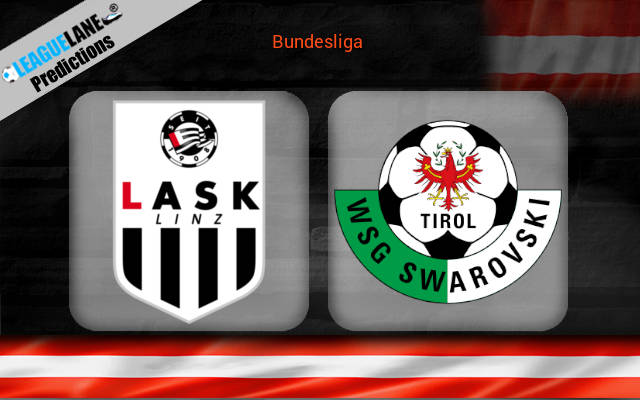 LASK Linz are just below Ried who are in the zone for Conference League Play Offs. They are without a win since the past 2 league games but have won twice of the last 5 fixtures.

Tirol secured a win previously after a long awaited 6-game run without seeing all 3 points in the league. Having lost thrice from the last five matches, both the teams are in the relegation group.

The two go h2h this Sunday at Raiffeisen Arena where Tirol will be taking a roadtrip for the upcoming 23rd round of Bundesliga.

The home side is at the 8th on the standing with 12 points from 22 games. They won 6 times in the league while drawing on 7 and losing on 9 other occasions. They score often but also tends to concede the same amount.

LASK Linz will be hoping for a better result after a 1-0 league loss in their previous game against Wolfsberger AC. Over their preceding 6 games, Andreas Wieland’s men have found the back of the net a total of 9 times which gives them an average number of goals scored per match of 1.5.

On the other side, Tirol resides at the 10th position on the table with only 11 points. Of the 22 matches played, they won on 5 games while drawing on 8 and losing on 9 other occasions. Their total goals to conceding ratio stands at 30:42 showing their far from perfect defense.

After losing twice, the visitors finally secured a win last week against Hartberg by 1-0. They have been scored against on 5 of their last 6 matches, conceding 13 goals overall showing their leaky defense.

We feel that a home win is highly probable as LASK are unbeaten in the last 4 games played at home. Meanwhile, the visitors lost more than half of the games played on road this season.