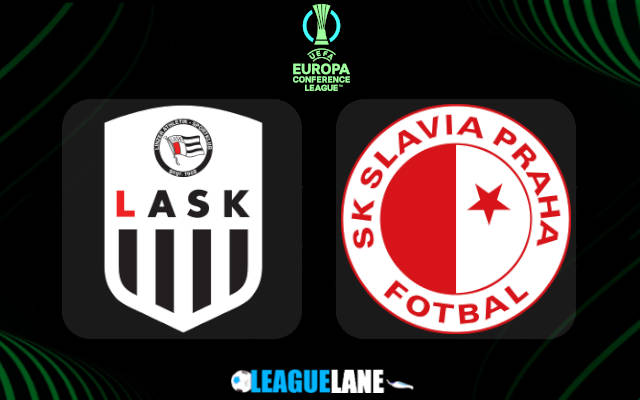 After the first-leg came to an end in Sinobo Stadium at Prague, last week and the scoreline read 4-1 in favour of The Red and Whites. LASK have been in absolutely remarkable form recently, unbeaten in 3 consecutive matches in front of their own supporters. The second-leg is held at at NV Arena which proves to be a great opportunity to change things for the hosts as, the visiting side comes with a strong lead this Thursday.

LASK Linz progressed straight to the round of 16 after finishing top of their Europa Conference League group in dominant fashion. Their 6 group games yielded five victories and one draw, with them netting 12 goals in those fixtures.

The hosts are in the relegation group in the final part of the domestic campaign, as they also departed the Austrian Cup at the quarter-final stage after losing to Red Bull Salzburg. They recently had an impressive 6-0 Bundesliga success against WSG Swarovski Tirol last week.

The visitors previously suffered a 0-1 loss in their previous game against Slovan Liberec in Czech First League action. They however got qualified for the Championship group with 60 points from 25 games played so far.

The Red and Whites made 21 interceptions in the reverse fixture against LASK, the joint-most for a team in a UEFA Conference League this season. With the side firmly having 3 more goals in hand (4-1 on aggregate) a defensive side of play can also help them reach the quarter finals. We therefore, predict an away win happening this Thursday.