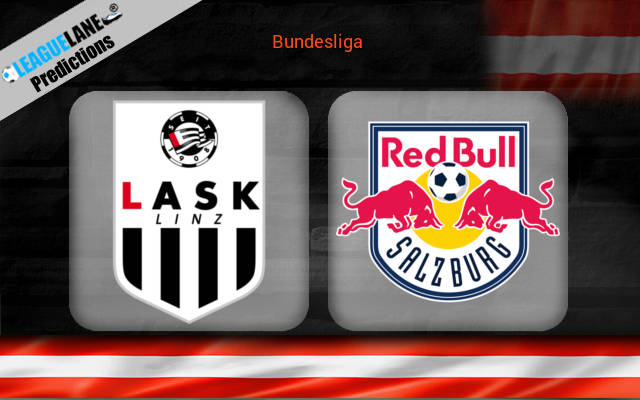 In game week 21 of Austrian Bundesliga, LASK faces Salzburg for their next match on Wednesday at Pasching.

LASK faced Admira in their last match, in which LASK scored three goals while Salzburg could score none. The match ended with 0-3 FT score.

LASK has been inconsistent in their form throughout the season. The team’s form drops suddenly after they gather an unbeaten streak and the goes winless for a couple of matches. Their inconsistency in the form has put the team on the 8th position on the league table with 24 points from their matches. The currently has an ongoing unbeaten streak which they will hope to keep.

Salzburg is the top contender of Bundesliga this season. They have exhibited strong form in their matches this season and have lost in only one league match so far. The visitors sit at the topmost position on the league table 17 points away from the second positioned team. They have earned 54 points from their matches so far. They are on a win streak in the last four matches as well.

Salzburg has played well in their matches and is unrivalled in their position at the top of the league table. They have a win-streak going on currently and will hope to keep the streak going. LASK has been inconsistent in their form throughout the season. However, the team is unbeaten in their last four matches.

So, the match is most likely to end in a win for Salzburg. Both teams have scored over 1.5 goals in their recent matches. So we can expect the match to end with 2.5 goals.