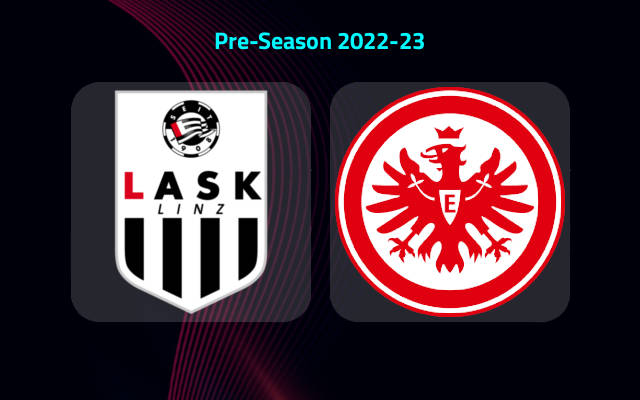 LASK have been struggling to find some consistency lately and before the next season commences their objective would be to put an end to their endless run of games without clean sheets.

They had a rather disappointing finish the last season in the Austrian top flight as they missed out on the Championship Round. They had won just once all through the campaign and at the end of the run they also had a negative goal difference.

Meanwhile Frankfurt also had a poor league campaign the last season but they made up for it in style. They were alive in the Europa League all along and in the process, they knocked out some of the best teams in the continent. And at the end they even managed to lift the trophy.

Likely, they are high on confidence and will be eager to begin the next season in style. Count on them to secure a convincing win this Saturday.

LASk were winless in 9 of their past 13 overall fixtures, and they have managed to win just thrice at home in the past 3 months.

On the other hand, Frankfurt are on a 2-game winning streak, and they have lost just 3 times in the past 4 months.

It also needs to be mentioned that they had knocked out heavyweights like Barcelona en route to their Europa League triumph.

Moreover, they have also lost just 3 times away from home in the past 7 months, and they had scored 2 or more goals in 3 of their past 6 road trips as well.

Taking into account these observations, expect a victory for Eintracht Frankfurt this Saturday.

Tips for LASK vs Eintracht Frankfurt