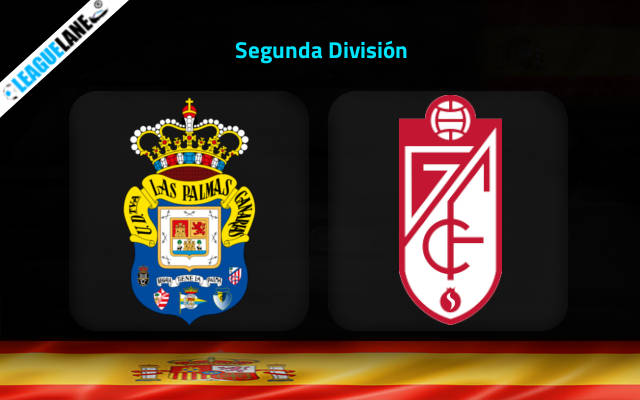 Las Palmas and Granada will close an exciting Segunda Division Sunday with their head to head encounter in the derby of Matchday No 7 at Estadio de Gran Canaria.

The two teams currently share the second position in the league standings, sitting on 12 points each after six rounds of the competition.

Las Palmas will rely on the home court advantage since they have been almost impeccable so far in the season in their own backyard.

Garcia Pimienta’s troops won two and drew one of three league games in front of their fans so far in the season, without shipping a single goal on the way.

They have conceded a total of a single goal in six matches overall and it will be very interesting to see how their stern back line will cope with Granada’s stars on Sunday evening.

By stars we namely refer to Myrto Uzuni who has been sensational so far in the season for Granada.

However, the problem for head coach Aitor Karanka and his Granada lies in the team’s inability of translating a phenomenal home form to the games on the road.

Granada have lost back-to-back away fixtures in the league without scoring a single goal in the process. The negative thread includes a demolishing 4-0 defeat at Eibar in the previous away match.

We expect an electrifying atmosphere in and around Estadio de Gran Canaria where the home crowd should lead Las Palmas to the big victory over one of the direct promotional rivals this season in Segunda Division.

The home win is well worth backing at the 2.45 odds, while we will also take the 3.00 odds offered for Las Palmas to keep a clean sheet knowing they are yet to concede at home this season.