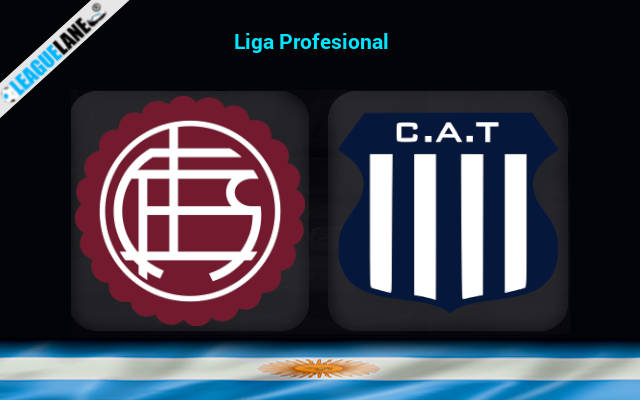 Talleres de Cordoba have declined in form lately. They lost three of the last four league outings without scoring a single goal in these defeats. They are up against a highly-motivated opposition and the home win is the only logical betting option for us here.

A place in the group stage of the Copa Libertadores could well be on the line on Monday evening when Lanus host Talleres de Cordoba in one of the most exciting duels of the Gameweek No 18 in Argentine Liga Profesional.

The top-five finish secures a ticket for the group stage of the Copa Libertadores next season, meaning there is really a lot at stake for these two outfits in this match, especially if we know there are only eight rounds left before the end of the season.

The hosts will come into the game in higher spirits, following a strong performance in a 1-3 victory over bottom-half San Lorenzo on Thursday night.

Lanus were a much better team on the pitch on the occasion and they deservedly got the win thanks to late second-half goals from substitutes Pedro de La Vega and Angel Gonzalez.

Talleres, on the other side, suffered a very disappointing 0-2 home loss to ten-man River Plate on the same day.

Alexander Medina’s men showed nothing on the occasion despite having an extra man on the pitch for as many as 84 minutes.

Tips for Lanus vs Talleres