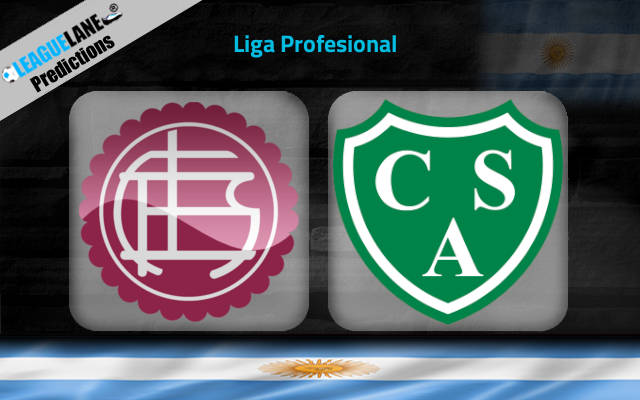 Lanus emerged as a title contendor this season and they have a chance to go one step higher with a win against newly promoted Sarimento on Saturday.

The teams have met only 3 times and most recently in the cup competition in April which was won by Sarmiento at their home ground on a 1-0 score line.

The previous two happened in 2015 and 2016 in the Primeira Division, both won by Lanus with the same 2-1 ft score.

It has been a difficult first half of the season for all teams involved, Lanus are one of the teams that profited with some disciplined displays and deservingly sit at top of the the table, only beaten by Tallers Cordoba on goal-difference.

A strong attack pretty much explain the success of Lanus this season and they have netted an incrdible 19 goals from 9 games. This helped the team in bagging 6 wins along with a draw, while they were defeated twice.

At home, the only team to have defeated them is River Plate and on other occassion held to a draw by Union Santa Fe, otherwise it was one-way in the wins in remaining 3 games.

Sarmiento Junin is predicted to have a tough campaign at the start of the season and this remains intact, They picked up 3 wins so far, but lost 5 along with a draw, means they need to up their game to avoid ending at the foot of the table.

They are currently 20th on the log, only 4 points above the rock bottom side Arsenal Sarandi.

Away from home, Sarmiento were far from impressive and they are yet to win a match losing 3 of the 4 outing.

It will be quite straight forward for Lanus here, they could win this with handicaps offering excellent value for those shooting at long odds.