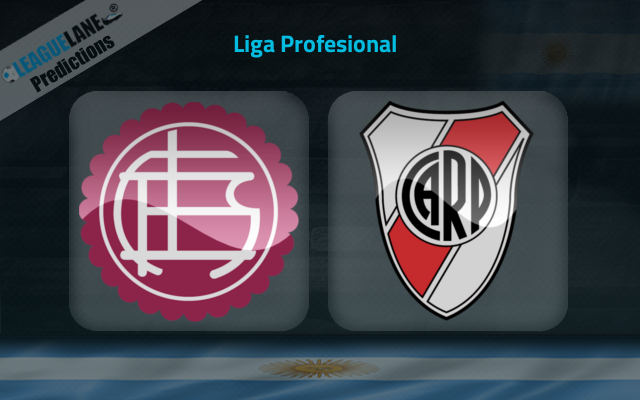 River Plate are one of the best teams in the Argentine top flight, while Lanus have begun this campaign exceptionally well. By the looks of things, the expectation is that goals will come in plenty this Thursday between these two in-form squads.

River Plate had finished second in the table the last season, just below arch-rivals Boca Juniors. It does not matter the former had an eight-point lead over the third-placed Velez, they missed out on the title by a single point.

This time around, they are determined to not let anything of that sorts happen.

In the meantime, Lanus have raced to the top of the table with a 100% winning record, and so far they have scored the most number of goals of all the teams in the competition.

River Plate have a combined scorecard of 6-0 from their last two games, and they also had scored the most number of goals in the previous edition of the Argentine Primera Division.

On top of that, they also have a great h2h record against this rival over the years, and especially in recent times, Lanus have conceded in plenty against them.

As such, expect River Plate to deliver a win this Thursday.

However, note that Lanus are the current toppers, and they have also been scoring in plenty lately. They are not ending this fixture without finding the back of the net at least once.