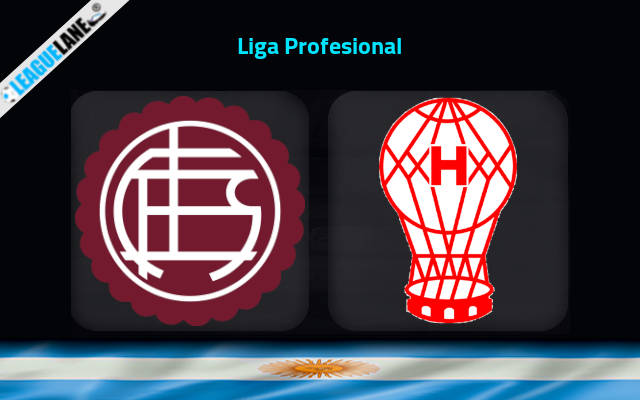 Round 7 of Liga Profesional is set for this weekend as Lanus play host to Huracan where both these sides differ by 6 points but are separated by 20 places. These two teams will be seen clashing at Estadio Ciudad de Lanús – Néstor Díaz Pére, this Sunday.

Huracan is at the 5th spot on the standing with 11 points from 6 games. They won thrice while drew twice and have lost on one other occasion. Momentum is really building for them as they have now gone 5 games without losing. The visitors now need only 4 more points to takeover the top spot.

The visitors come into this meeting after a 3-2 Superliga win against River Plate in their previous match. That was their second win in a row in this competition. In 5 of the previous 6 clashes involving Huracan, a relatively low number of goals have gone in between them and their opposition.

On the other side, Lanus resides at the 25th position on the table with 5 points. Of the 6 matches played, they won only once while drawn 2 times and have lost on thrice other occasions. This team has struggled for consistency all through the campaign, and have also one of the worst defenses in the competition.

The hosts enter this fixture coming off the back of a goal-less draw in Copa Sudamericana against Independiente. Their sum of goals stands at just 4 against opposition teams over the course of their previous 6 fixtures. In those games, Lanus have also seen the tally of goals that have gone against them come to nine.

Huracan have not been beaten in their last 2 away league matches. They have also won the away h2h by 1-0 margin. The visitors have kept 3 clean sheets in the last 5 games while conceding just 3 goals during this period.

Meanwhile, Lanus won only once this season so far. But they are currently on a 4-game unbeaten run at home across various competitions.

Considering their current form, we feel that an away win or draw seems a likeliest option here.