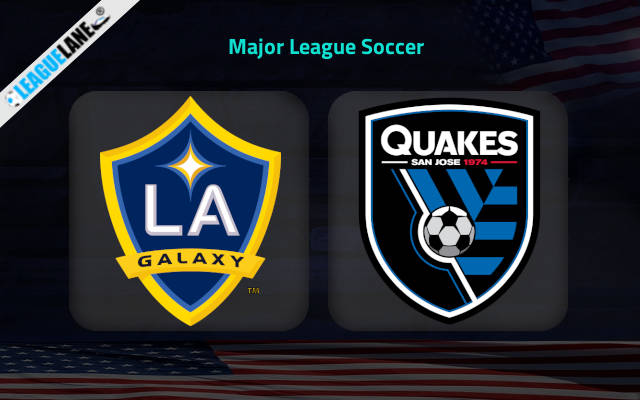 San Jose have been the worst team in the Western Conference this season and they are deservingly placed bottom-most in the table. They have won just 4 times all through the campaign and they have let in the most number of goals as well in the West.

Going on they are also yet to register their first win away from home. In fact, barring three draws, they have a 100-percentage losing record in such games.

Meanwhile, LA Galaxy have been one of the best teams in the West as usual. They are placed 5th in the table and they need a surplus of just 3 points to climb into one of the podium spots.

It also deserves to be mentioned that they have been on a rather good streak of performances at home for quite some time now.

By the looks of things, it is expected that Los Angeles Galaxy will post the 3 points on the board this Thursday.

Galaxy were unbeaten in 12 of their past 18 overall fixtures and in the process they had gone on 4 separate 2-game winning streaks. Moreover, they have lost just 5 times at home in the past 11-month period as well.

On the other hand, San Jose were winless in 6 of their last 7 overall games and they are on an 11-match winless run on the road. And in the process, they had gone on separate 3-fixture as well as 4-game losing streaks.

Taking into account these observations expect a victory for Galaxy this Thursday.