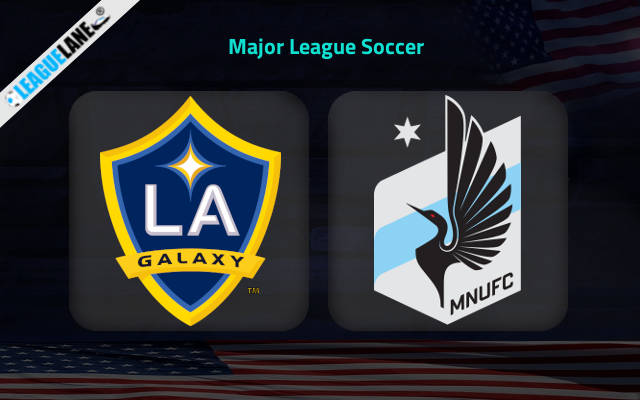 LA Galaxy are placed in the top half of the table and disregarding some of their performances against some of the best teams in the league, their overall form has been impressive.

They also have been on a good run at home for quite some time now and have been scoring goals consistently all along as well.

They have 2 games in hand and it needs to be mentioned that they need a surplus of just 5 points to climb to the second position in the table. Their immediate objective will be to make full use of these fixtures in hand.

Meanwhile Minnesota have been one of the worst teams in the conference, as well as the league. They have lost most of their recent games and they have conceded goals in huge numbers.

Moreover, they have been on a series of weak performances on the road for quite some time now, and most importantly they have performed rather worryingly against this opponent over the past seasons.

Taking into account these observations expect a victory for Los Angeles Galaxy this Thursday.

Galaxy were unbeaten in 11 of their past 15 overall fixtures, and they had remained so in 15 of their past 20 appearances at home.

Do also note that they had gone on two separate 3-game winning streaks at home during this stretch.

Taking into account these observations, anticipate a victory for Galaxy.