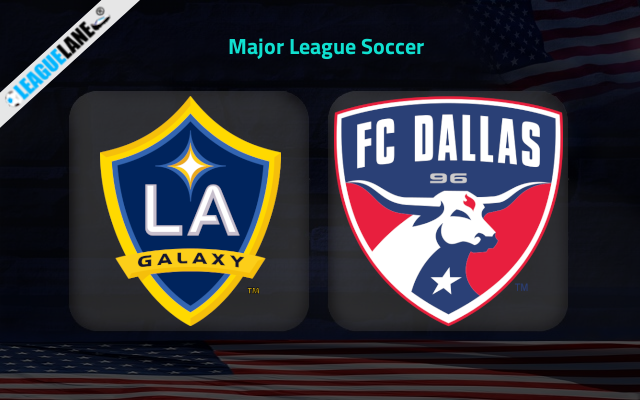 LA Galaxy had a decent start to this season. They won six, drew one and lost three of their 10 league fixtures so far this season. Their offensive and defensive line-up looks to have an average form. They will be hoping to gain some positive momentum by improving their goal scoring and preventing side.

LA Galaxy recorded a 0-1 win on road against Austin FC in their most recent league fixture. They were on the back of 1-0 defeat before recordings the above win. Therefore, they will be hoping to make that win count with the aid of home advantage.

Meanwhile, FC Dallas had also opened up this season with decent displays. They have only lost once in their 10 league fixtures so far this season. However, often recording of a draw might be worrying them.

FC Dallas recorded a 2-0 win at home against Seattle Sounders in their most recent league fixture. With that win, they are currently having a streak of eight unbeaten games in the league. They will be having enough of spirits following such a set of recordings.

LA Galaxy have a decent form at home too. They won three and lost one of their total four league fixtures at home this season.

On the other side, FC Dallas are winless in each of their total four on road fixtures this season. Their only defeat this season were recorded on road too.

Despite of the head to head stats, we have nothing strongly impressive from the FC Dallas side. Therefore, we back the hosting LA Galaxy to seal a win from this away outfit of FC Dallas when they both meet each other in an MLS fixture on Sunday.