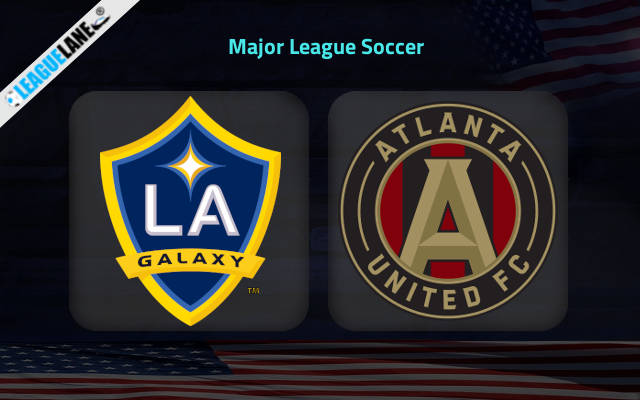 LA Galaxy will be desperate to avoid a fourth straight defeat when they host Atlanta United for Sunday’s MLS clash.

The hosts dropped to 7th in the Western Conference table after the defeats to LAFC, San Jose and Rapids.

Meanwhile, Atlanta are 11th in the Eastern Conference after the win against Real Salt Lake and last week’s stalemate with Orlando City.

It will be worth to note that the visitors won only 2 of their last 10 league fixtures.

Things are not looking good for Greg Vanney after the 2-0 defeat at Colorado. LA Galaxy are not only without a win in three games but also conceded 10 goals during the period.

Sorting these defensive issues will be key for Galaxy to earn a respectable result on Sunday.

Atlanta United are doing no better as they come to this fixture on the back of a 7 match winless run on the road.

Punters will be encouraged because the last six in that period witnessed goals at either end.

LA Galaxy have a similar trend in scoring and conceding department, especially when they are in front of Carson crowd. The over 3.5 goals landed in 3 straight home games, while both teams scored in 5 of the last 7 at this stadium.

We are expecting a high-scoring affair when these two met on Sunday after considering the stats discussed in the analysis. The odds on over 3.5 goals are tempting, but we take the over 2.5 goals instead to be on the safe side.

Meanwhile, brave punters can try both teams to score in the second half for long 2.80 odds. It is very common for these two teams to concede in the closing stages of matches.