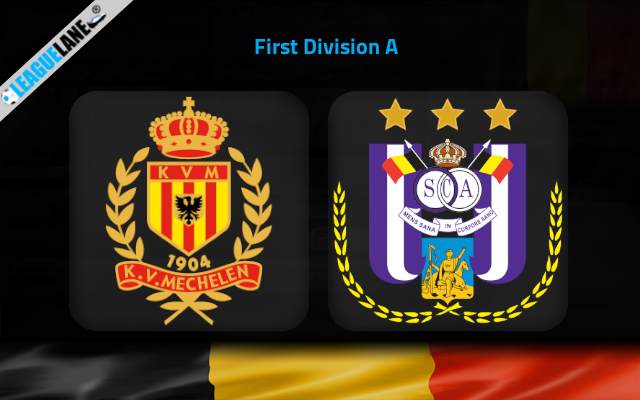 They sits in the 7th position. Their recent positive result have increased the gap between them and the danger zone and have allowed to find a position in the Conference League Group.

Meanwhile, Anderlecht have been recording impressive numbers in the points table. They won 10, drew 9 and lost just 3 of their 22 league affairs. They sits 4th in the table with 39 points.

It’s been all too rare in recent games where Anderlecht losing a game. Following a number of unbeaten games, Anderlecht will be entering this tie with highest of spirits.

Anderlecht is clearly having a better form on road. They have been scoring goals in big numbers on travels and are expected to score at least a couple when they meet KV Mechelen in the 23rd round of Jupiler league on Sunday at AFAS-stadion Achter de Kazerne.

They have allowed goals in 5 of their recent six league affairs on road. Therefore, we expect them to concede one by the opposition’s trend of scoring in the second half.

But this time, KV Mechelen will not be succeeding while putting up an effort of scoring in the final half of the game. They have been shipping goals in 6 of their 7 home league affairs recently.

Therefore, we are expecting Anderlecht to score a couple or more when they meet this KV Mechelen outfit who will find themselves in the score sheet for once at least.